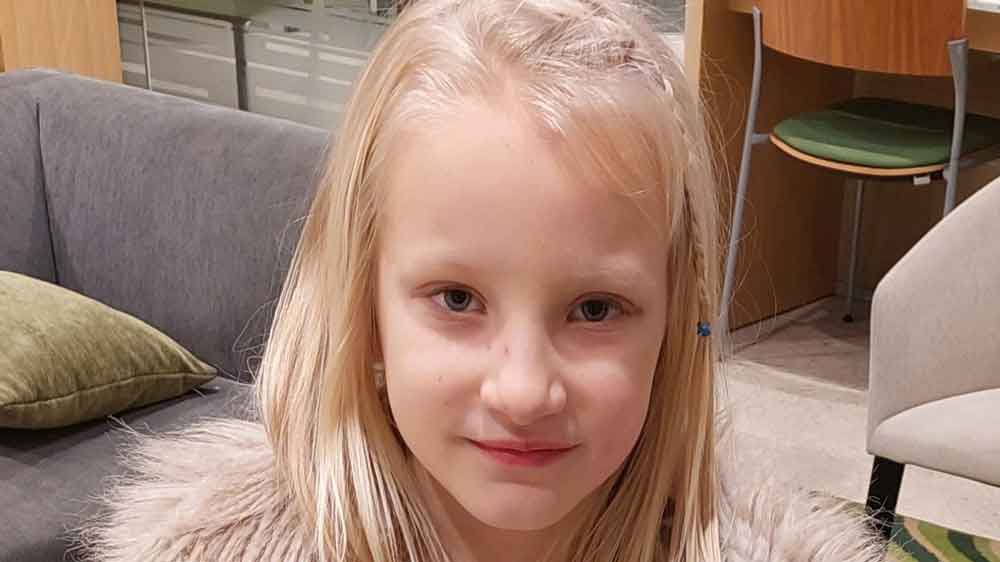 Martha Alite (7) has been reported missing from Firhouse (Photo: An Garda Siochana)

UPDATE: Gardai have confirmed that Martha Alite (7) has been located safe and well.

GARDAI are seeking the public’s assistance in tracing the whereabouts of a seven-year-old reported missing yesterday, January 9.

Martha Alite is described as being 4′ 9″ in height with a slim build.

She has long blond hair and blue eyes and was wearing blue trousers, a blue jumper, blue canvas shoes and a blue and pink jacket at the time she went missing.

An Garda Síochána believe Martha is in the company of an adult male relative.

In an appeal issued this morning, Gardai said they believe Martha was collected from her school in Firhouse on Monday, January 9, at approximately 2pm by this adult male relative in a taxi.

“An Garda Síochána are not aware of Martha’s whereabouts at this time”, the Garda appeal said.

“Investigating Gardaí are appealing to any taxi driver or any other person who may have had a male passenger that collected Martha from a school in Firhouse, Dublin 24 on Monday afternoon, to contact them.

“Gardaí believe Martha and her relative may have travelled to a domestic residence in Blessington, Co. Wicklow.

“Gardaí are appealing to any taxi driver or any other person who may have driven Martha and another male passenger to or from Blessington to contact Gardaí.”

Any accommodation provider who accommodated an adult male and Martha on the night of January 9 is also encouraged to make contact.

Gardaí are also appealing to this adult male relative to urgently make contact with An Garda Síochána.

Any person with any information on Martha’s whereabouts is asked to contact Tallaght Garda Station on 01 666 6000, the Garda Confidential Line on 1800 666 111 or any Garda station.