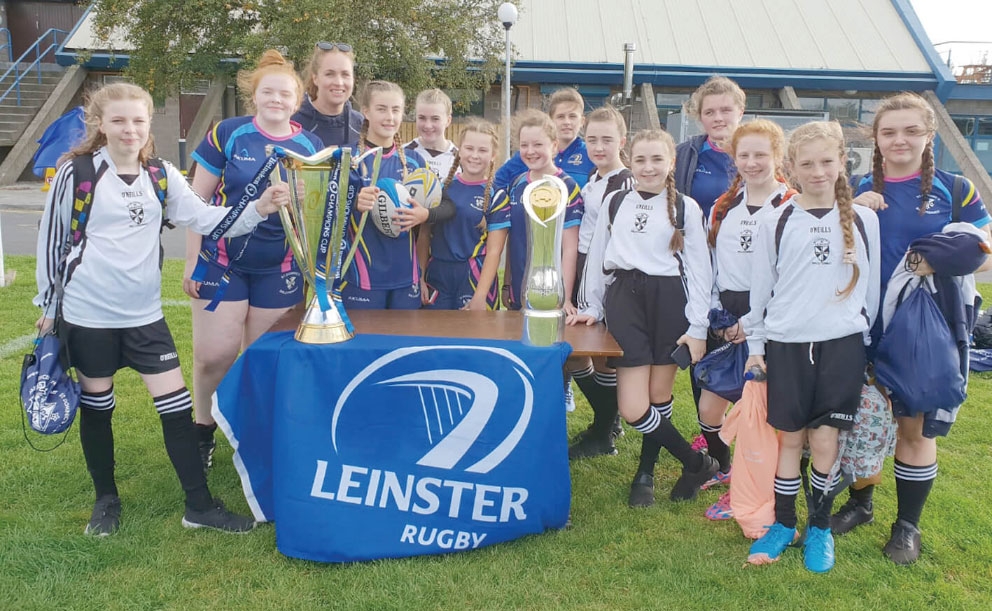 RUGBY tradition continues to grow in Ballyfermot, with girls at St Dominic’s College competing in a recent Leinster blitz at Clontarf.

“The interest for rugby is growing each year in school and we had three teams competing at the blitz,” said Ms Daly.

“Up to 300 girls participated in the blitz and our students were extremely successful running in tries all morning and winning most of their matches. The students have been training each week and their improvement was evident on the pitch.

“This is the second blitz of the school year for the girls and they are now training for a full contact blitz which will take place in Energia Park, Donnybrook, in early December.”

The tournament was a mashup of tag and full contact giving younger students a taste of rugby.

Leinster Rugby run tackle workshops at tournaments with the idea the girls will progress to contact.

Ms Daly also plays and coaches in MU Barnhall RFC, and says a number of students play there each weekend, getting to play 15 a side, at U18 and U16 level.

She continued: “At school level we will have a tournament every month which is run by Leinster Rugby. The first years have just started tag rugby but they hope to progress to full contact rugby in the next tournament which will be in December.

Lucy Brennan, St Dominic’s second year student, said: “I started rugby in first year and all of us have got better since then. The blitz was fun because we got to play against loads of other different teams and I even scored a try.”