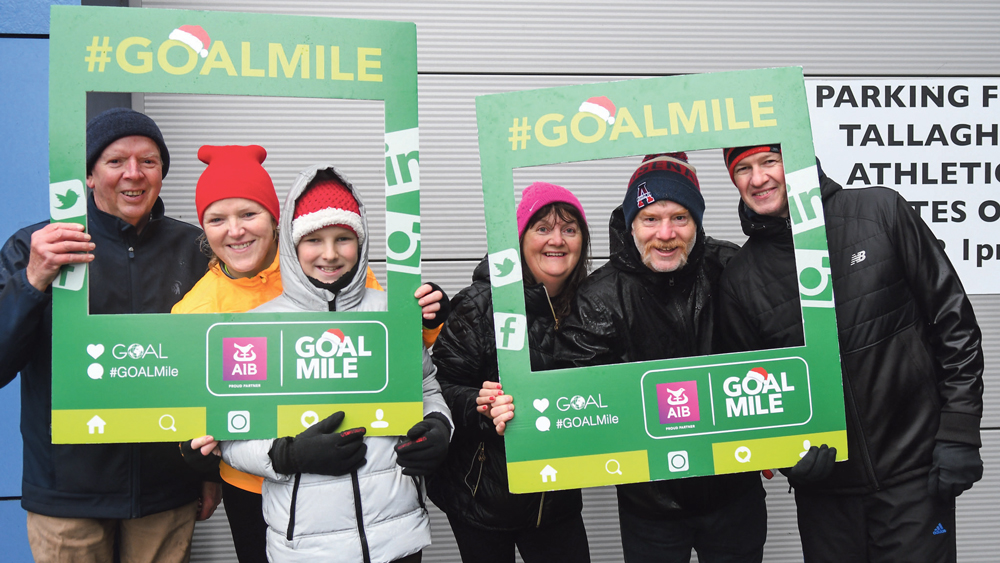 The Phelan and Coleman Family

DESPITE inclement weather this Christmas, people came out in droves to take part in the GOAL mile run this year, raising thousands for people living in third world countries.

There were various running events taking place across Tallaght, Knocklyon, Lucan and Clondalkin for the annual GOAL mile this year which takes place around the county on Christmas Day and St Stephen’s Day every year.

All proceeds raised at the event will help GOAL in their fight against poverty, and the event has raised over €115,000 since 2003 from people donating in Tallaght and surrounding areas.

This year, the Tallaght GOAL Mile took place on Christmas morning at the Athletic Club’s running track on the Greenhills Road. Despite the significant increase in Covid-19 cases and probably the wettest Christmas morning for many years, there was a great turnout on the day and the event raised over €4,000 for the charity.

“With everybody heading home after their mile and no cup of tea allowed in our clubhouse it reduced the atmosphere around the event, however the aim of the day was to raise some money for the third world charity,” said John Cullen from Tallaght Athletics Club. 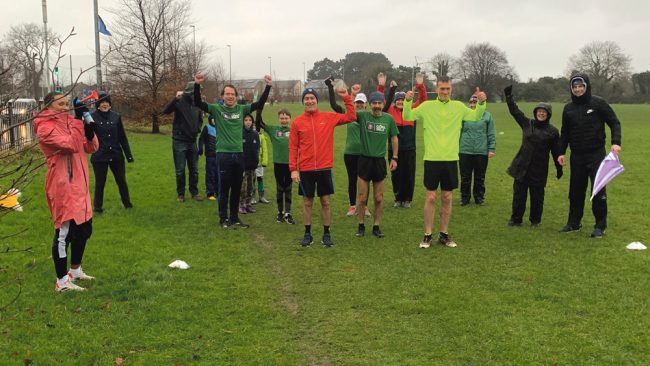 He added: “The fastest mile of the day was by club member Brishon O’ Brien, who ran a superb time of 4min 38sec in very windy conditions. Once again the people of Tallaght and surrounding areas came up trumps and over €4,000 was donated despite the conditions.”

Some familiar faces could be spotted on the day including Nationwide presenter Ann Cassin and St Jude’s and Dublin footballer Tom Lahiffe. Shamrock Rovers CEO Denis Donohue arrived at 9am on the day with the LOI Premiership trophy, ran his mile and made a donation and handed over to local hero Aaron Greene who also ran the mile with his son and had photos taken with fans and the trophy.

In Knocklyon, the first ever GOAL Mile run was held also on Christmas Day at the Cherryfield pitches opposite Ballyboden St Enda’s GAA Club. Determined not to let the torrential rain and winds dampen the spirits of the participants, local families came out to support those taking part and ran or walked a few laps themselves. 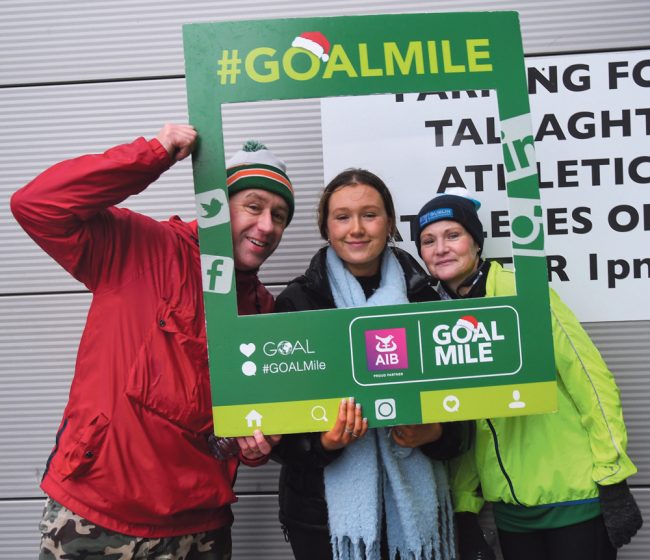 Speaking about the event, one of the organisers, Ciarán Ahern, said that despite the weather on the day, over 65 people came out.

“It was very wet and cold – I don’t think we could have picked a more unsuitable day for it but despite that, a good few people came out,” he said.

“Eamonn Sharkey, who is the director of fundraising for GOAL is from Firhouse and I live in Rathfarnham, and I worked for GOAL for a period of time, so the two of us decided that we would try and put one on in this neck of the woods.”

Templeogue local and 800m Olympian athlete Nadia Power also attended the event in Knocklyon as an honorary race starter. Over €600 was raised on the day and this amount will hope to be built on in future years. 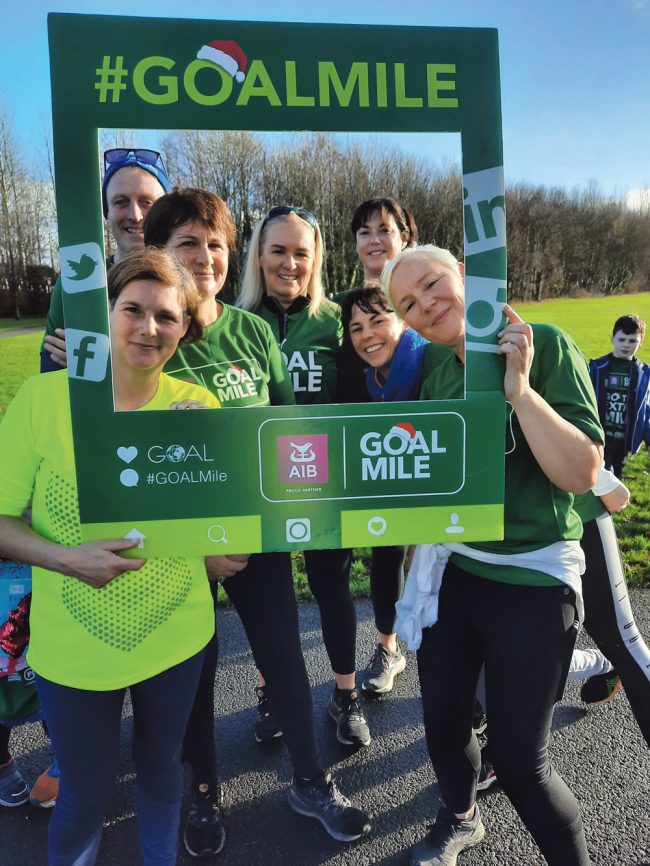 “It was a great day and we had good support so we are glad that we put it on and hope that next year we can do it again in better weather,” said Ciarán.

In Lucan, the Goal Mile returned to the Lucan Harriers new track after the virtual event in 2020 due to Covid-19 restrictions. The event this year was the 20th consecutive year that Lucan Harriers had organised it, with Gerry Martin being the main organiser of the event over the years.

People of all ages and abilities braved the elements on Christmas Day, with many members of the club and neighbouring clubs taking part such as Weston Hockey and some of the local soccer clubs. The club raised a total of €3,000 for GOAL on the day.

“Most ran for fun, others taking it a bit more seriously, either way it was a great event. It took place from 10am to 12 midday, so it gave people plenty of time to get home and digest their breakfast before further indulging in their Christmas Dinner.”

The sun came out on St Stephens’ Day, December 26, for the GOAL mile run in Corkagh Park. Starting at 11am, around 150 people came out on the day to participate and raise money, with many families enjoying the event. Over €1,000 was raised for GOAL from the Corkagh Park event, which was organised by Gemma & Philip Carr, Anna Byrne and Shane O’Keefe.