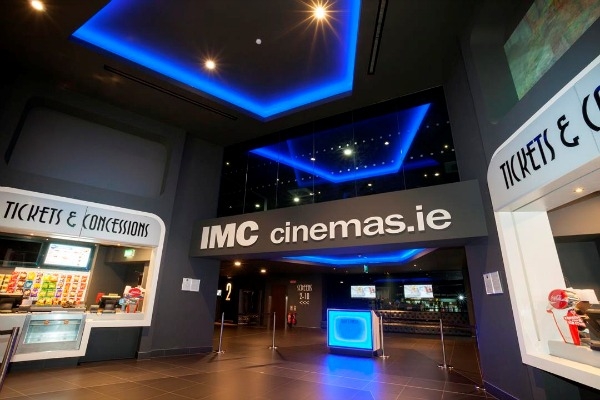 A GRANDDAUGHTER is raising awareness around health and safety during evacuations in public places, after her elderly grandfather struggled to exit from a local cinema during a power cut last Sunday.

The power cut was due to a fire at an ESB sub-station in Inchicore on Sunday evening, which saw homes, hospitals and businesses across Tallaght, Clondalkin, Bluebell and surrounding areas lose power.

Aimee Slevin was in attendance at IMC cinema in The Square with her sister and her grandfather during the power cut, which led to the building being evacuated for safety reasons.

Her grandfather, who only left hospital recently following treatment for heart problems, was forced to walk down four flights on concrete stairs during the evacuation with no assistance from cinema staff.

She said: “It was very badly done. They came into the cinema and told us we had to evacuate the premises, and it was pitch black because of the power cut.

“My grandad is not long out of the hospital. He has bad heart problems and it was his first real day out since he came home.

“There were four flights of stairs and they were concrete, so they were harsh enough to step on. There was nowhere for my grandad to sit once we were evacuated either, it was very difficult for him.

“My grandad found it tough with the steps in the cinema before that as well, he only had the blue lights on the ground to help him.

“The staff really didn’t do anything, they have torches but they were just standing around chatting. It was very upsetting to see him like that, and there was another elderly woman there who really struggled with it also.

“There needs to be more allowances made. If there was a fire or something more serious, my grandad would have been the last person in the building, he wouldn’t have got out quick enough. There was no consideration.

“The IMC head office did get in touch and they apologised about the situation and explained their evacuation policy, but I really just want to raise awareness around this.”

Thieves trying to steal copper wire from the substation sparked the multi-million euro fire in Bluebell.

ESB Networks said that 120,000 customers were left without power when the 220KV substation was targeted.

It has also emerged that Tallaght Hospital lost power during the fire with hospital patients’ lives put at risk during the power outage.

In a statement last night the electricity supplier said that there will be a reward for information that leads to a prosecution in this case. The blaze caused the loss of electricity supply across Inchicore, Lucan, Tallaght and Rathfarnham and other parts of west Dublin for 50 minutes.