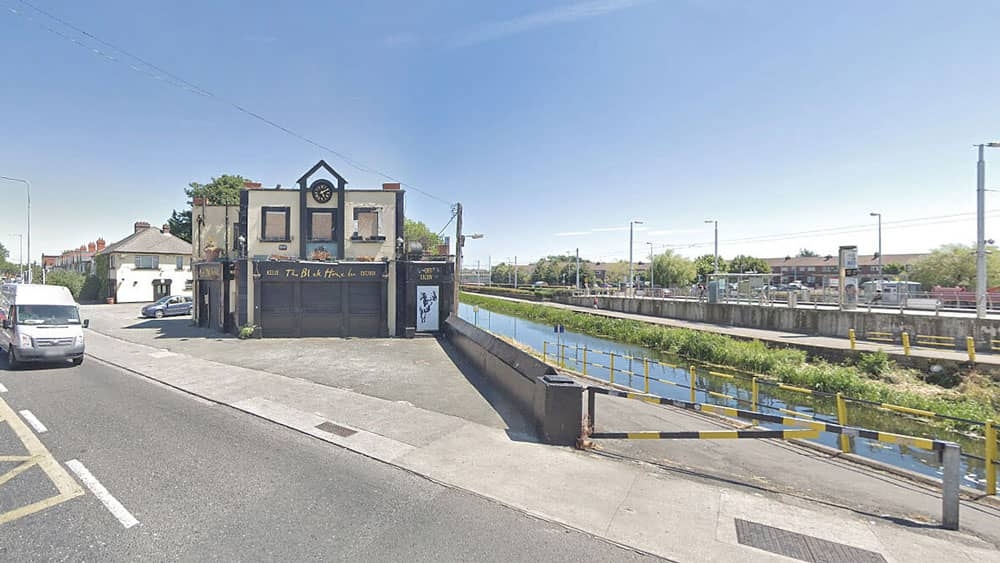 Green light is given for 56 Black Horse Inn apartments

PREVIOUSLY refused plans for apartments at the former site of Inchicore pub The Black Horse Inn, have been given the go-ahead by An Bord Pleanála.

Applicant Tom Kelly was refused planning last year by Dublin City Council, who determined the applicant failed to adequately demonstrate the proposal would not pose a risk to the Camac River.

Mr Kelly sought permission to demolish the former pub and build an apartment block containing up to 56 one and two-bed apartments in a block of three to seven storeys.

However, an appeal with ABP by Alanna Homes, has proved successful in overturning the decision.

In making their decision the Board listed a number of reasons, subject to conditions, for the approval.

They cited the location of the site in an established area zoned for residential development, policies and objectives of the Dublin City Development plan 2016-22, and the government’s National Planning Framework plan for shaping future growth and development of Ireland to the year 2040.

The Board also cited guidelines issued by the Depot Housing to planning authorities under Sustainable Urban Housing, and the Rebuilding Ireland Action Plan.

Under conditions applied to the approval, the Board considered the proposal would constitute an “acceptable quantum and density development in this accessible urban location.”

Alanna Homes, the group behind housing developments in Aylmer Heath and Cornerpark in Newcastle, and Ardsolus in Brownsbarn, sought permission for the demolition of the former public house and an adjoining pair of semi-detached houses at numbers 229 and 231 Tyrconnell Road.

Proposals also include a ground-floor café with associated outdoor terrace. The Black Horse Inn closed its doors in 2018, but the name is still synonymous as a local landmark – Blackhorse listed as a stop on the Luas Red Line.