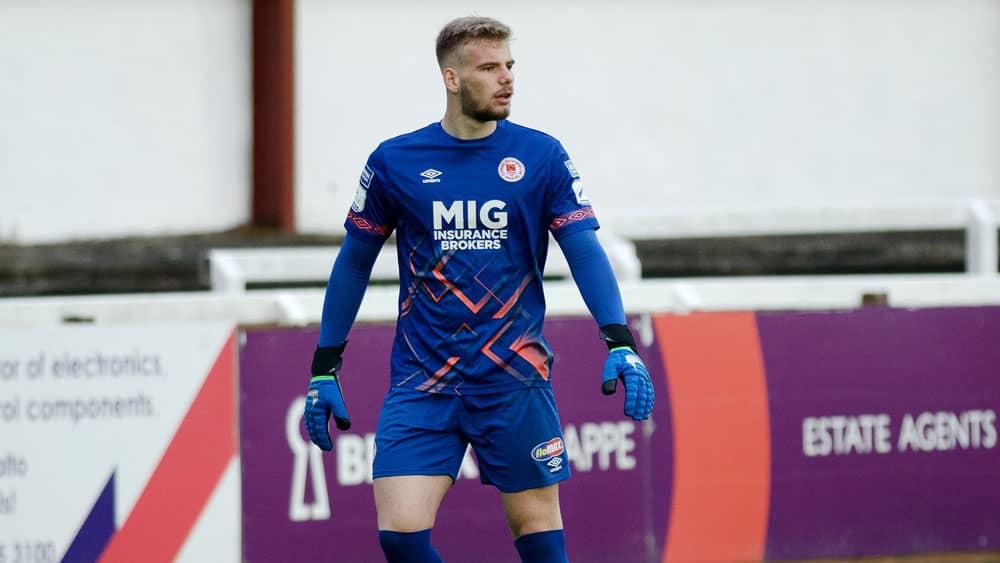 St Patrick’s Athletic recorded an emphatic 4-1 triumph over Finn Harps at Richmond Park last night to move ahead of champions Shamrock Rovers on goals scored at the top of the SSE Airtricity League Premier Division table.

Ronan Coughlan was on target in each half for the Saints, while Robbie Benson and Alfie Lewis also found the net. With Rovers losing out to arch rivals Bohemians, the margin of victory in this game marginally edges Pat’s into the driving seat after 17 rounds of fixtures in this year’s top-flight.

In front of 200 spectators at the Inchicore venue, the hosts were perilously close to breaking the deadlock in the third-minute – John Mountney heading agonisingly past the target off an enticing free-kick.

Pat’s weren’t getting everything their own way, however, and  Vitezslav Jaros had to be at his best to turn away a fierce Ethan Boyle volley on the first-quarter mark. Still, Pat’s were largely on top of possession and ultimately opened the scoring on 38 minutes.

After turning sharply inside the area at a left-hand angle, Coughlan unleashed an unstoppable shot off the underside of the crossbar. This was the Limerick native’s third goal in as many games and crucially offered Pat’s a 1-0 interval cushion.

It proved to be a low-key start to the second half, with clear-cut opportunities few and far between. Yet there was a sense that the Saints could move up a gear if required and they subsequently doubled their lead just past the hour.

Benson was given a licence to break forward from midfield and he displayed great composure to shoot past opposition netminder Mark Anthony McGinley. The Pat’s tails were now up and Coughlan doubled his tally with a simple finish off a Darragh Burns cross from the right-flank.

The Ballybofey visitors did breach the Pat’s defence inside the final-quarter through Adam Foley, but Pat’s inevitably had the final say when Lewis delicately lobbed McGinley with four minutes remaining.