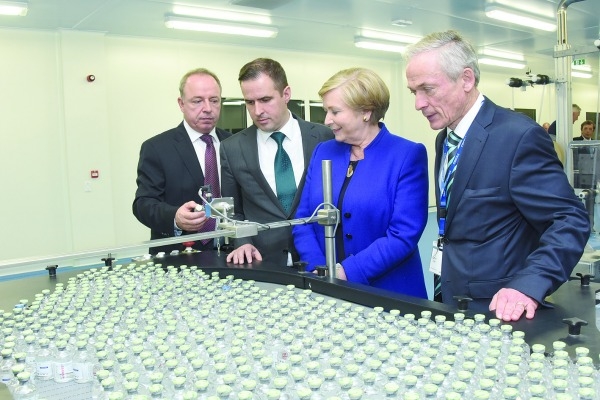 IDA Ireland has welcomed news that Grifols is to invest an additional €85m in its biologics plant at Grange Castle.

The agency said the latest Grifols invesment will add to the growing biologics manufacturing cluster in Ireland, which is the fastest growing subsector in pharmaceutical industry.

Grifols said it was bringing forward plans for the construction of a purification plant for the protein albumin to cater for rising demand.

Construction will begin towards the end of this year, with the plant expected to be operation-ready in early 2020.

Martin Shanahan, Chief Executive of IDA Ireland said the biologics sector had grown to over 6,000 people in Ireland in the last 10 years and accounted for over €10bn of investment, creating significant secondary employment in construction and other services.

“Grifols only opened its plant at Grange Castle last year and already we can see how it is contributing to the company’s global operations. Ireland is rapidly developing an internationally recognised hub for biologics and Grifols’ latest investment will strengthen this further’’.

In a statement issued this week, Grifols said: “The Board of Directors of Grifols, which met on February 26, has approved a plan for new industrial investments for the Bioscience division for the period 2016-2021, with the goal of expanding the manufacturing capacity to cover the expected growing demand of plasma-derived products for the upcoming years.

“Nowadays, Grifols is one of the global leading companies in the manufacture of plasma-based medicines with direct commercial presence in 30 countries and sales in over 100.

“The total amount approved is $360 million [€327m]. The investments will increase the plasma fractionation capacity and purification of the several proteins”.