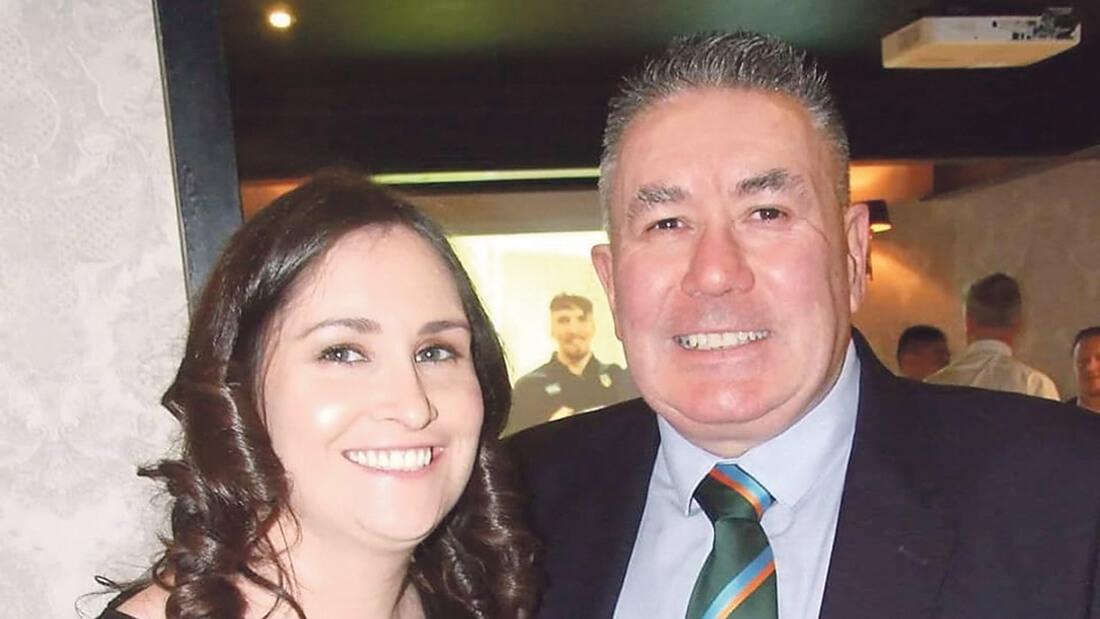 HISTORY was made recently with the appointment of Úna Maguire as President at Clondalkin Rugby Club for the 2019/20 season.

Ms Maguire (36), a former player at the club before her move into coaching, took over the reins from outgoing President Ciaran Collins.

It represents the first time in CRFC’s 46-year history that a female was appointed to the role.

In a statement, CRFC said: “Women’s rugby needs role models both on and off the pitch and you will find no better candidate than personifies the qualities of the game and sprit of our club than the one and only Úna.”

Maguire, who works in Dublin City Council’s Planning Department and grew up in Clondalkin Village, has been actively involved with the club for over 10 years, since the women’s team was set up.

“Before this, the club was always a part of my life with some of my oldest friends playing for the club since childhood – Clondalkin RFC is a second home to me,” said Úna.

“My official time with the club began when I started playing for the women’s team, where I mostly played on the wing. Then, due to injury I stopped playing and started to help out with the coaching set up.

“I’ve been coaching for the past number of years and, as of last season, my main focus has been on girls’ mini rugby and establishing a girls’ set-up within our club. I am the current Secretary for Clondalkin’s Football Committee and I also sit on the main Executive Committee too.”

Maguire is also expecting her first baby in August with partner Ciarán O’Connor (current CRFC youth coach), which she thinks, may be another first for “Leinster to have a pregnant president.”

When speaking about her new role Maguire said: “To be nominated and accepted as club President has been one of the greatest honours of my life. I’m hugely proud and very excited to start the new season.

“Clondalkin RFC is a great club that welcomes everyone. The huge mini and youth numbers in the club at the moment are testament to the hard work and drive from all the wonderful volunteers within the club.

“Our senior men’s and women’s teams are growing from strength to strength, coming off the back of the men’s promotion to Division 1B and our firsts and seconds winning their leagues, along with the Towns Plate win, and the women being narrowly defeated in the Paul Flood Plate. It has been a great 2018/19 season.”

As President, Maguire wants to continue to “drive the inclusive family nature of the club” and further develop facilities at Gordon Park.

“I look forward to a busy, positive and, most importantly, a successful season, working alongside the hard-working members of the executive committee, football committee, Senior Head Coach Philip Byrne, Club Captain Niall Nolan, Women’s Coach Alan Hickey and the many coaches and volunteers that our club is so lucky to have.”