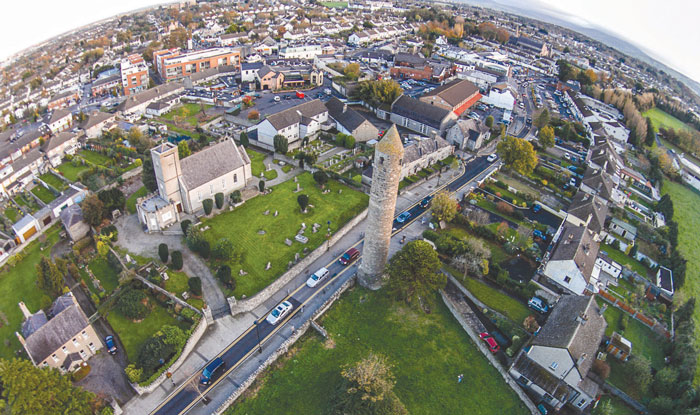 The Round Tower in Clondalkin

Group aiming to encourage people to holiday in Clondalkin

SOUTH Dublin County Council will consider a submission from a local group aimed at encouraging people to holiday here on the 10-year anniversary of The Gathering – the tourism initiative that sought to bring the Irish diaspora home to Ireland during 2013.

Cllr Timmons said the campaign would run from June to August each year, to encourage the Clondalkin diaspora to return home and enhance “inbound tourism.”

In response, SDCC said they do not have the resources to “dedicate to such a venture.”

However, the council said they would consider a submission from a local group aimed at developing the concept in the current Programme for Government, which identifies a plan to make 2023 “the Year of the Invitation”, to mark the 10-year anniversary of The Gathering.

SDCC said: “Whilst the proposed

‘Home to Clondalkin Campaign’ would not be to the scale of The Gathering, it is worth recognising the findings of the final report on the initiative with regard to the need for sufficient time to plan, to establish a dedicated team to coordinate the initiatives and stakeholders, and the relatively high cost and the heavy resource requirements to stage and manage new events.

“There must also be regard to the cost of international media and publicity in relation to the very targeted nature of appealing to the Clondalkin diaspora. The council does not have the resources to dedicate to such a venture.”

The council cited findings of the final report on The Gathering which said a key success of the initiative was having events supported by local communities.

“The council’s Tourism Event and Festival Grant Scheme grew out of The Gathering initiative and this scheme provides financial support to organisations and organisers who plan to hold a public festival or event within the county,” said SDCC.

They said local organisations and event organisers can apply to the grant scheme with regard to taking part in any future gathering initiative.

Suitable events etc can then be uploaded to the Visit Dublin website to help with publicity https://www.failteirelandevents.ie/#/