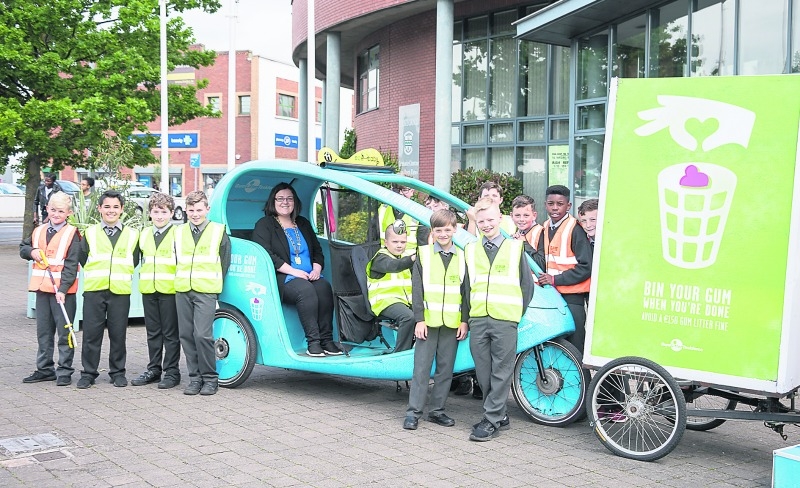 Gum Litter Taskforce campaign encourages many more to ‘bin it’

RESEARCH carried out by the Gum Litter Taskforce indicates more people are responding positively to a recent campaign and disposing of their gum responsibly.

This is the third year of the campaign, which is run in local authority areas across the country.

According to research carried out by Millward Brown on behalf of the taskforce, 93 per cent of respondents agree that dropping gum is littering, and almost six in seven people claim they always dispose of their gum correctly.

Deputy Mayor Genockey said: “This is a great campaign for communities up and down the country to get involved in. It unites communities in a common goal to responsibly dispose of chewing gum and continue to contribute to the positive results the campaign has seen to date.”

Paul Kelly, Chairman of the GLT, welcomed the positive results to date”, but said they want to “continue encouraging a positive behaviour change amongst a small minority.”

The initiative also includes a national advertising campaign and a schools education programme, Bin It.

Industry representative Alex West, Senior Manager, UK & Ireland for the Wrigley Company, said the GLT is a “unique industry-funded initiative that runs in partnership with local and national government and civic society to tackle a common goal.”

NEWER POSTIt’s got to be ‘Worth It’ to see Young Earth strut their stuff!
OLDER POSTDelving into the fun of science and technology