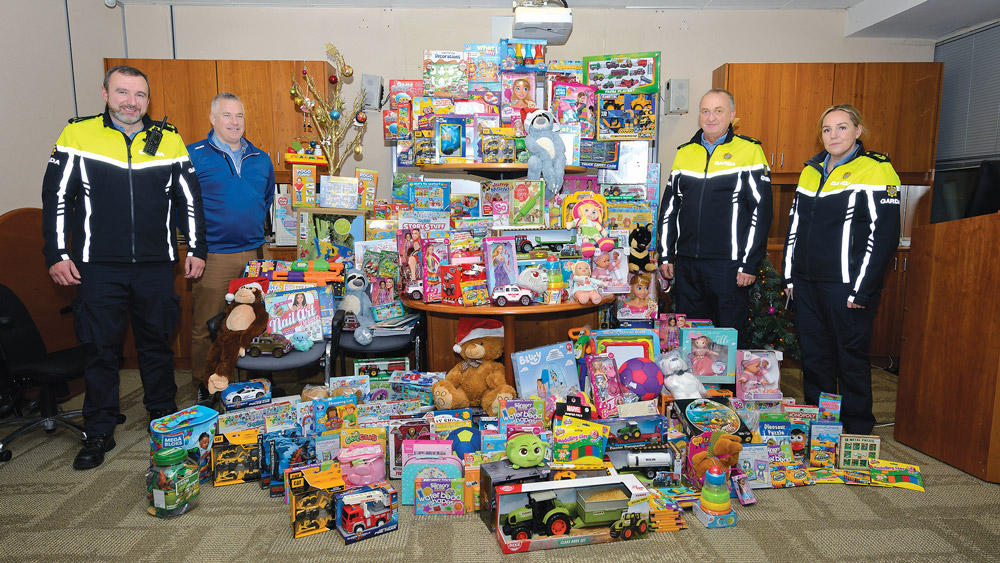 Hacketstown community digs deep for the 28th year in a row

FOR the 28th year in a row, the community of Hacketstown, Co Carlow, has donated a bus-load of children’s toys for struggling Tallaght families in the run-up to Christmas.

The toy drive began when Fr McCormack became the parish priest in Hacketstown and made an appeal on behalf of Tallaght’s disadvantaged families to his new parishioners.

When Fr McCormack retired in 2020, the current parish priest for Hacketstown, Fr Terence McGovern, was happy to carry on the tradition.

The Christmas toy haul was delivered this week by community gardaí to families they have come into contact with during the year, and also through liaising with local schools and St Vincent de Paul.

Tallaght Garda Pat Courtney, who helped to distribute the toys, told The Echo: “It’s been great, we got a bus-load of toys last week and we’ve handed out 99 per cent of them.

“This is the 28th year that the four churches in the Parish of Hacketstown have donated, and every year they give very generously.

“This year in particular, there has been a lot of austerity, so there have been more people asking for help – we were delighted with the donations from Hacketstown.”

For the community of Hacketstown, the annual toy drive for Tallaght is a yearly highlight that the people in the town happily participate in. 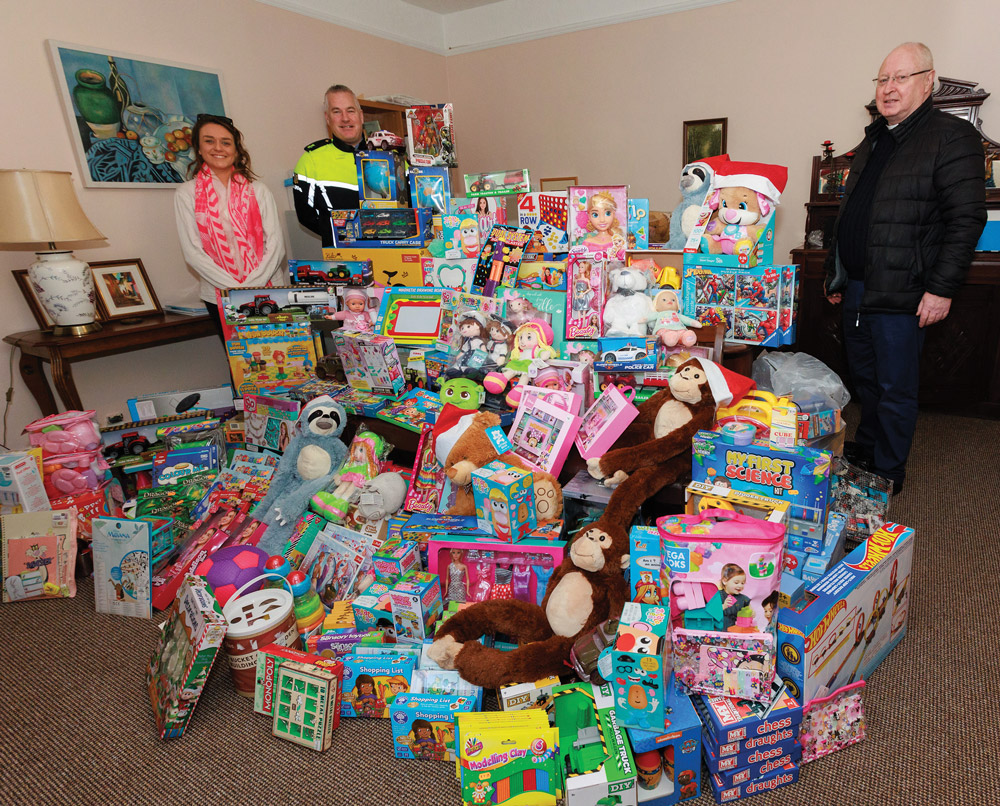 Hacketstown resident Edel Byrne, who works as a public health nurse in Jobstown, has in recent years helped to coordinate the toy drive with the church in Hacketstown and Tallaght gardaí.

“This is the 28th year in a row of us doing this, and I know a lot of people in Hacketstown like helping and they know how much it means to the people in Tallaght,” explained Ms Byrne.

“I remember doing it from when I was a child, I remember going shopping for toys with my mam and dad and it was lovely to know that they were going to people that needed them.”

Over the years, the Hacketstown community’s generosity has never waned.

Every year the parishioners donate Christmas toys in December and Easter eggs in spring for those in need in Tallaght.

Ms Byrne added: “It couldn’t be done without the priest’s input, the parish or without the community guards in Tallaght.”

As it stands, families around the community who were struggling will now feel relief that there will be toys under the tree for their children this Christmas.