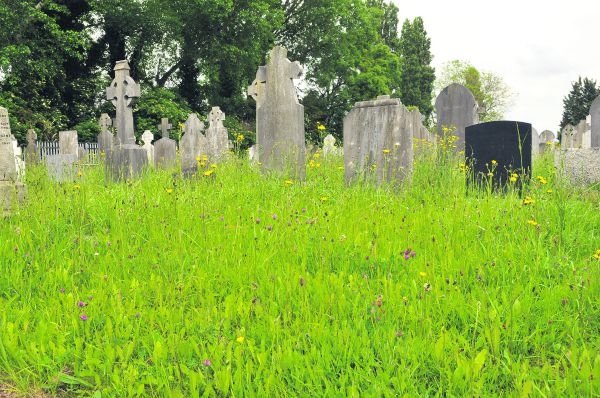 MOURNERS are urged to be vigilant and to lock their cars when attending Esker Cemetery.

The Echo understands that a thief stole personal items belonging to a grieving mother two weeks ago.

Lucan resident Mary Carney was visiting the graves of her two children on September 12, which was also the day of her deceased daughter’s birthday.

When she returned to her car – which wasn’t locked – she found a heartless thief had rifled through the contents of her vehicle.

It’s not the first time Mary has suffered additional emotional stress whilst visiting the cemetery.

In July, she warned residents to be aware of thefts, after angels and pot plants were stolen from the graves of her two children.

Mary’s family has been hit with tragedy over the years. Her son Raymond died in a motorbike accident, and her daughter Orla, a nurse, died tragically 16 years ago.

“People are going up and taking things out of people’s cars,” said Mary.

“You wouldn’t be thinking of these things when you go there, but I would advise people to be aware.”

Mary was devastated to find angels were stolen from the grave earlier this month at the cemetery, which is operated by South Dublin County Council.

“It couldn’t be done by one person – the angels had to be carried out,” she said.

A spokesperson for South Dublin County Council said: “The council received notification of one robbery at Esker Cemetery within the past six weeks. This matter was referred to the gardaí for investigation.”

Fine Gael councillor William Lavelle said a number of residents had contacted him in relation to anti-social behaviour at the cemetery.

Cllr Lavelle said: “There is increased concern for people leaving their car and visiting loved one’s graves. I’ve asked South Dublin County Council to look at the feasibility of installing CCTV at the car park, and include it in Budget 2016.”
Other cemeteries have been targeted over the last number of years.

In August, The Echo reported how families were calling for CCTV at Bohernabreena Cemetery in an attempt to curtail ongoing car break-ins, illegal dumping and theft from graves.

Bill Coogan, from the Esker Cemetery Committee said the incident was “very sad” for Mrs Carney and urged people to vigilant and ensure their cars are locked.

“It is rare to have something stolen, but not everyone parks in the car park – some drive to the grave plot,” said Mr Coogan.

“There was one guy making a living, if someone approached, he crawled on his hands and knees 50 yards to people’s cars, and would check if they were open, and then crawl off again.”