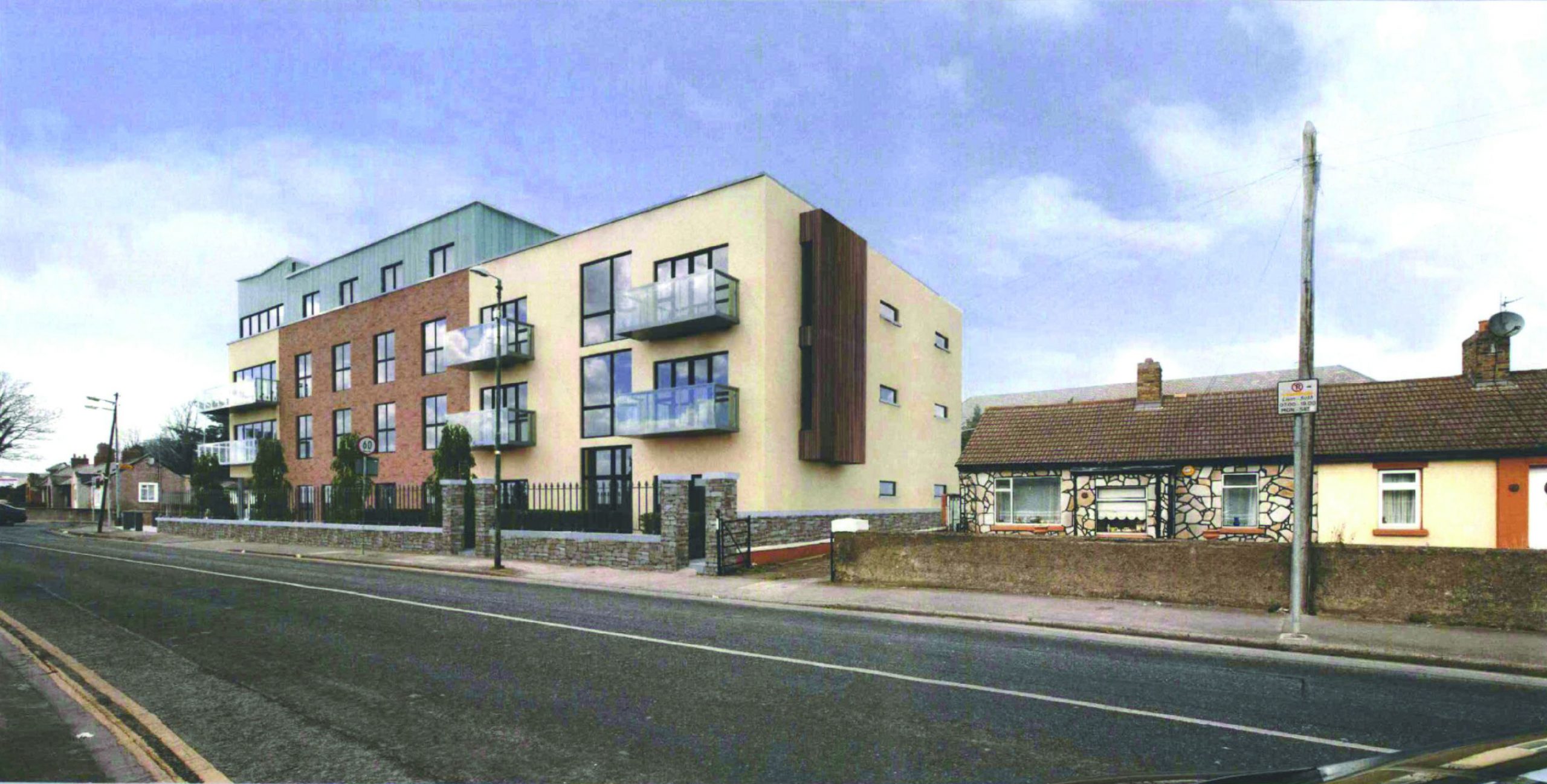 AN BORD Pleanála (ABP) has rejected an appeal by the Sheldon Park Hotel over plans to build an apartment-hotel complex on the Old Naas Road.

The plans were initially lodged in February, and included the demolition of four cottages (11-14) on Old Naas Road – which were originally built in 1908.

The cottages are owned by the company and occupied on short-term lettings.

A number of residents and local councillors objected to the plans, citing the area’s historical character, size and scale of the proposed development, and existing traffic problems in the area.

Dublin City Council refused permission for the development in April, and Aircourt appealed this decision with ABP.

ABP’s decision to refuse permission for the development said the scale and height of the proposed development would be “visually intrusive in relation to the existing character and scale of the streetscapes” and would be “contrary to policies and objectives of the city development plan.”

The Board cited the “historical value”of cottages “dating from 1908” and said their demolition could “create a precedent for the demolition of all the cottages.”

The provision of “excessive car parking” and “severe under-provision of private open space” for residential units was not considered to be consistent with objectives of the city development plan.

Aircourt’s grounds for appeal stated that they had met no objection for the demolition of four cottages during pre-application consultation meetings.

They also cited modifications in the plans, reducing suites from 38 to 33, and a net increase in the number of dwellings located on the cottages site.

The Bord responded to the pre-planning consultation appeal, stating “no evidence of the history of the cottages was tabled by the prospective applicant and no research was conducted at the time.”

Planners took exception to the applicants description that the cottages provide “sub-standard accommodation.”
The Bord are opposed to the current proposal, but would consider a smaller proposal for an extension to the existing hotel “without the need to demolish four cottages.”