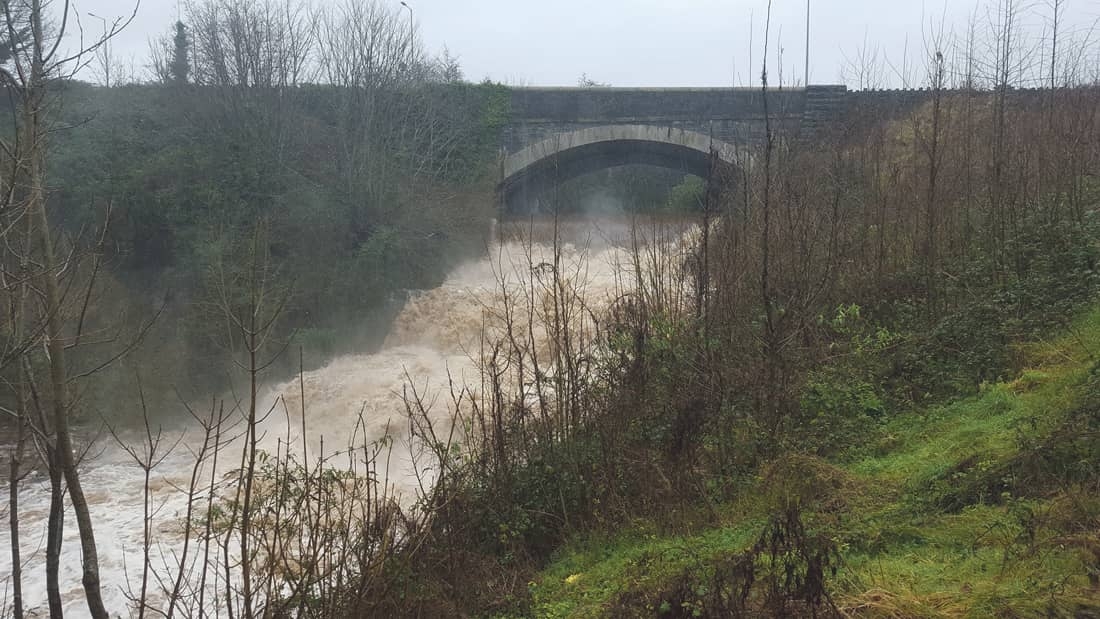 Heavy rainfall results in localised flash floods across the county

There was also flooding in three county parks, Dodder Valley and Sean Walsh in Tallaght and Corkagh in Clondalkin.

In a comment to The Echo, Teresa Walsh, the council’s Director of Environment, Water and Climate Change said: “Flooding occurs in our public parks at times of heavy rains as the rivers generally flow through the parks.

“The parks are natural areas in our urban environments where heavy rain and river flow can be attenuated or stored in order to protect areas downstream, particularly housing.

“The management of surface water requires this parkland areas to retain excess water in times of heavy rainfall and flooding, in order to protect vulnerable areas.

“When the high flows subside, the parks return to their normal state.”

The power of some of the county’s rivers was evident last weekend, with the Dodder swelling as it gushed into Dodder Valley Park under the Old Bawn Bridge, and onto the Balrothery Weir at Firhouse.

Ms Walsh told The Echo that its team monitors weather reports, rainfall events and calls from members of the public.

Drainage and Roads maintenance crews are available to respond if a weather-related incident occurs, while standby crews are deployed to deal with any emergencies that occur outside of working hours.

When asked by The Echo about plans to mitigate flooding across the county, Ms Walsh said: “In planning for the future, responding to climate change and the increasing number and intensity of weather events, South Dublin County Council has a number of flood schemes at various stages of development .

“The Whitechurch Flood Alleviation Scheme has been granted planning permission and will progress later this year.

“The Poddle Flood Alleviation Scheme is awaiting a decision from An Bord Planeala and we hope that this will also progress in 2021.

“The Camac Flood alleviation scheme is at an early study stage and it will be some time before this reaches construction stage.

“These scheme are designed to protect residential and commercial properties from flooding.

“These schemes will use the public open space in the catchment to store flood water, preventing flooding downstream.

“These schemes will help to make South Dublin a more resilient county.”

During adverse weather, South Dublin County Councty updates members of the public through its social media accounts and sdcc.ie.