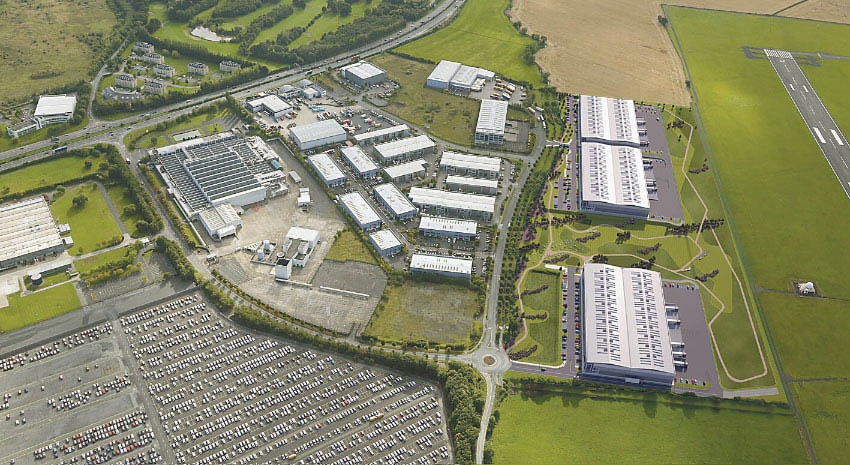 According to the Irish Times, the fulfilment centre will be located on a 650,000 sq ft premises in the Mountpark logistics centre, known as Unit E at Baldonnell Business Park.

An aerial view of Mountpark at Baldonnell

Last year the online giant leased its first e-commerce warehouse at Greenogue Business Park in Rathcoole - a 6,500 sq m delivery station where products are picked and packaged for delivery by Amazon staff.

The fulfilment centre is expected to help Amazon bypass Brexit delays and speed up deliveries to Irish customers.

USAA Real Estate Company, a specialist that has built facilities for the web retailing giant in the US, has been drafted in for the development.

Construction is expected to begin shortly on what is as of yet, the biggest warehouse planned in Ireland in 2021.

Planning documents for the new facility, which is located next to the Irish military’s Casement Aerodrome, also reveal the Department of Defence has demanded the developers co-ordinate with the Irish Air Corps during construction to ensure that cranes required during building do not endanger Irish military flights to and from the adjacent landing strips.

An Post, which handles most of Amazon’s Irish deliveries, says the new facility will mean “Irish Amazon customers will get their purchases faster” and “avoid the Brexit pipeline” that is being blamed for delays in certain deliveries from the UK.

As part of the planning application, the developers state demand for such online shopping is at an “all-time high”.

Amazon told The Echo they do not comment on rumour and speculation.

Similarly sized Amazon fulfilment centres in the US and UK employ 1,000 staff respectively.