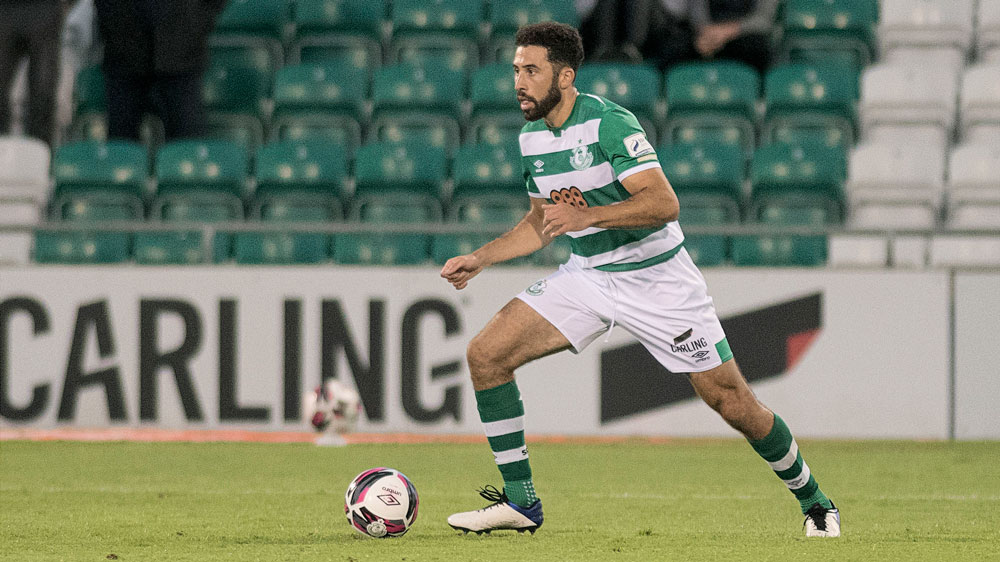 Hoops win over Harps closes the gap at the top

SHAMROCK Rovers narrowed the gap at the summit of the SSE Airtricity League Premier Division to a single point with a 3-1 win over Finn Harps at Tallaght Stadium last night.

With league leaders Derry City held to a 1-1 draw at home to Bohemians, the Hoops pounced on an opportunity to remind the Candystripes of their credentials.

In an opening period flourish, Roberto Lopes and Danny Mandroiu (two) both found the net to ensure the hosts secured a maximum return against the Donegal outfit.

The Rovers faithful were in a good mood even before kick-off, following confirmation that manager Stephen Bradley had committed his future to the club.

Despite attracting interest from English League One side Lincoln City, the 37-year-old former midfielder will be remaining at the helm of the Tallaght men.

The prospect of claiming a third consecutive league crown was presumably a big lure for Bradley and his charges meant business from the word go in yesterday’s game.

Just 17 minutes were gone on the clock when centre-half and Crumlin native Roberto Lopes rattled the opposition net from a corner.

It has been a busy 2022 for Lopes when you consider he began the calendar year lining out for Cape Verde in the Africa Cup of Nations and his breakthrough goal helped the hosts to open the floodgates.

Formerly of their arch-rivals Bohemians – like Lopes himself – Mandroiu doubled the Rovers lead on the stroke of 20 minutes.

The gifted attacker subsequently added to his tally seven minutes later as he got on the end of a Jack Byrne pass to fire beyond the reach of Mark Anthony McGinley.

It was beginning to look like a stroll in the park for the Hoops, but Harps finally responded through Conor Tourish’s finish on 40 minutes.

Nonetheless, the south Dubliners brought a 3-1 cushion into the interval and were well on their way towards the three points on offer.

They continued to create chances on the resumption with Aidomo Emakhu going close on a couple of occasions.

Inchicore’s Richie Towell also had a decent opportunity and even though they couldn’t add to their first half haul, Rovers are in fine spirits ahead of Sligo’s trip to Tallaght on Monday (kick-off 7.45pm).