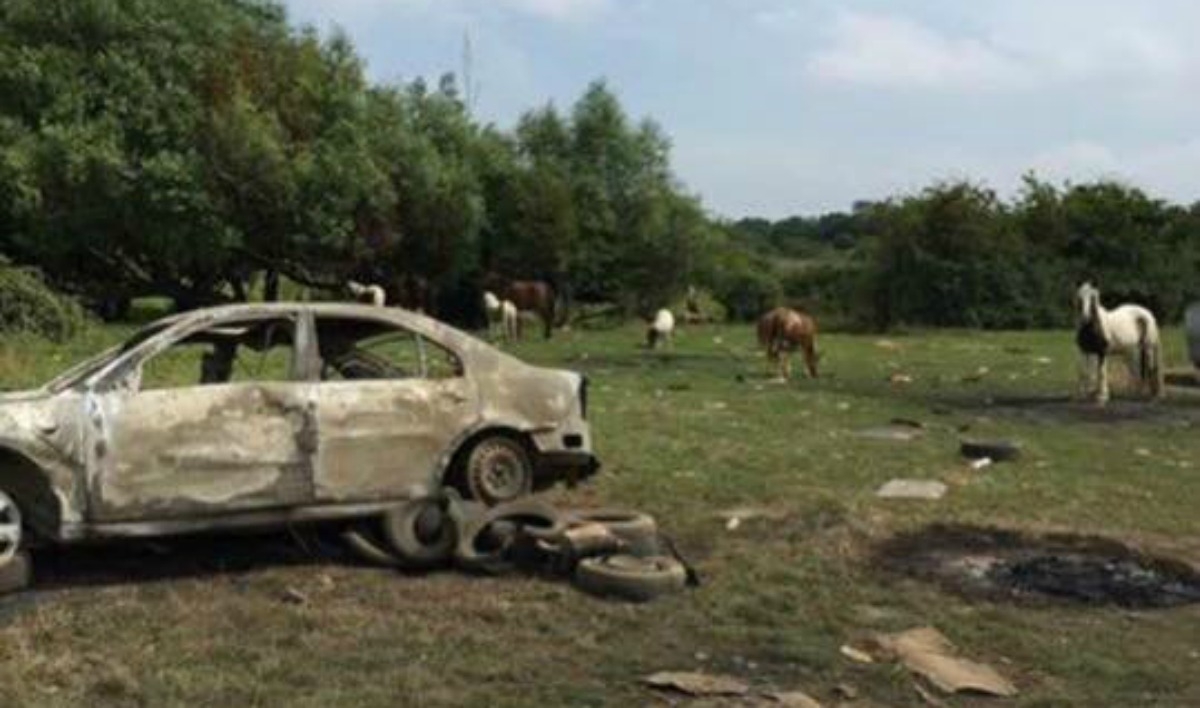 A local animal welfare volunteer group have posted pictures of the depraved state some horses in Clondalkin find themselves.

The My Lovely Horse Rescue group are frequently called to tend to sick and mistreated horses in the ‘killing fields’ - fields near the Fonthill Road in Clondalkin.

Writing on Facebook, a volunteer called the fields a ‘dumping ground’: “It's a dumping ground for some poor ponies, it's a nightmare!”

The group said that the field is used by joyriders who terrorise the dozens of horses who graze on the field: “[There are] robbed cars always racing around it, poor ponies on high alert constantly.”

The group said there were almost as many burnt cars as there were horses: “[There are] always about 20 burnt out cars and approx 25 to 30 horses.”

They said: “We have taken out so many sick and dying ponies from these fields and a goat, one goat was chased down and burnt!”

Clondalkin TD Francis Timmons queried the council on the enforcement of horse by-laws and the regular horse neglect cases in the area.

Cllr Timmons said: “I have seen first-hand the dreadful effects of mistreatment of Horses on these lands My Lovely Horse Rescue has been working hard to combat this behaviour and regularly find horses in a very poor state. “

He received a response from South Dublin City Council, saying the formation of a ‘regional working group’ to tackle these issues was being considered.

The council said: “The three Dublin Local Authorities met recently to discuss the issues surrounding Horse Welfare and the formation of a regional working group.”

The council said it was considering creating an awareness programme in relation to responsible horse ownership and animal welfare.

The elected members of South Dublin County Council have agreed to the establishment of a sub-committee of the Environment Strategic Policy Committee to consider a review of the current Control of Horses Bye-laws, this is scheduled on the agenda for discussion at the September 2017 Environment SPC meeting.

The council said it had cracked down on the issue of abandoned cars in the area, reporting of ‘a very recent successful collaborative action between SDCC and An Garda Siochana on the Clonburris lands with the removal of a very significant number of abandoned vehicles’.