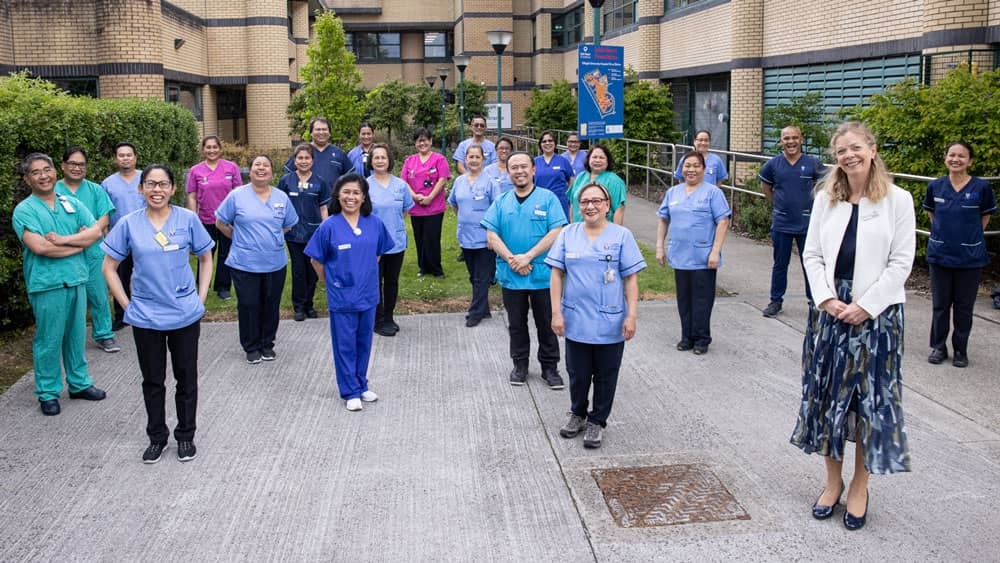 TALLAGHT University Hospital marked the 20th year of service of staff members from the Philippines working at the hospital last month.

2001 saw an influx of health care sector migrant workers to Ireland, as a result of a recruitment drive lead by the then Minister for Health, Mary Harney.

The hospital now has over 200 members of staff from the Philippines, with the majority working as nurses and healthcare assistants.

Commenting on the milestone, Director of Nursing & Integrated Care Áine Lynch at TUH said: “I remember when our Filipino colleagues first arrived in 2001 and how pleased we were to welcome them to our team. They embody the values of the Hospital and I wish them a very Maligayang Anibersaryo (happy anniversary).”

The first Filipino staff members in TUH arrived in Dublin on April 20, 2001 and were met by welcoming staff organised by the Hospital.

Commenting on his 20 years at the hospital, Larry Untoy CNM2 Stoma Nurse said: “My knowledge of Ireland was mainly based on the music of the Cranberries, U2 and Sinead O’Connor.

“The years have flown by and I, along with my colleagues, have settled in Tallaght making it home. Developing our careers in TUH and making Tallaght a home for our families. I have had the most marvellous 20 years here the time has flown by.”