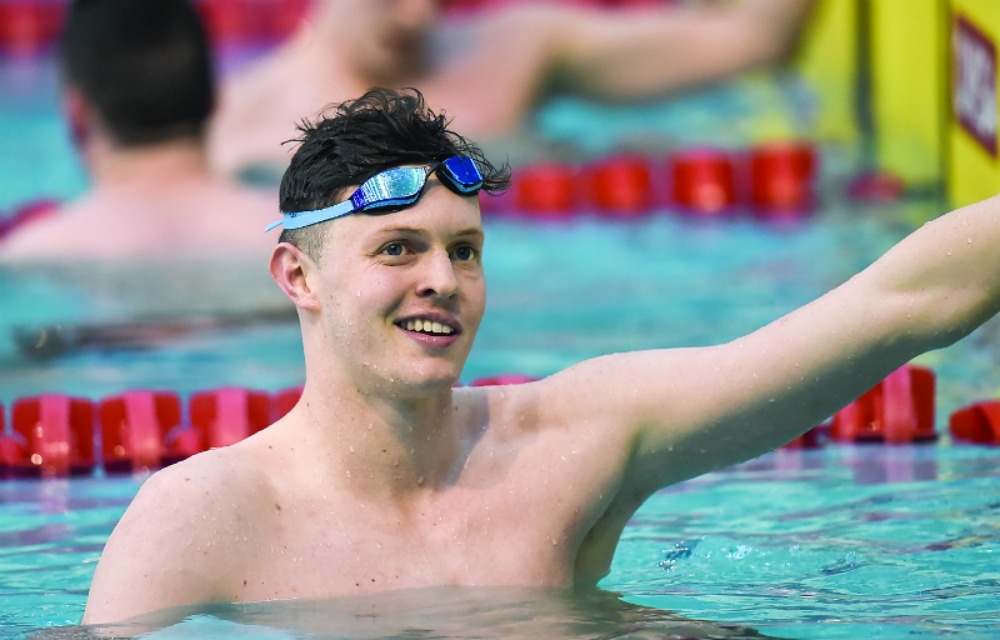 IT IS set to be a huge summer for Tallaght swimmer Brendan Hyland after it was announced he will be part of the Ireland team heading to the FINA World Championships in Budapest.

Taking place from July 15-30, the competition will see Hyland race the Butterfly leg of the 4x100m Medley Relay with the possibility of also competing individually.

He is not far off the standard of 1.57.3 for the 200m Butterfly having clocked 1.58 and, while he is further adrift of the 100m requirement, Swim Ireland High Performance Director Jon Rudd may opt to run him in both.

Either way, Hyland is looking forward to competing on the global stage as part of the relay squad which also includes Jordan Sloan and Rio Olympians Nicolas Quinn and Shane Ryan.

This same line-up will also contest the World University Games in Chinese Taipei in August where Hyland will also be swimming the individual 100m and 200m Butterfly.

Looking ahead to this summer’s trip to Hungary, Hyland told The Echo “It’s my first world event and even the experience of competing at this level will be great for me.

“If nothing else, it should set me up well for the World University Games where we’re seen to have more of a chance.

“We have a very strong team going into that and I think we’ll be in with a very good chance of a medal there,” he added.

This year’s World Championship squad is the largest that Swim Ireland will have fielded since back in 2009, and Rudd sees it as a positive step in their Tokyo 2020 programme.

“It’s very exciting for us to be able to select what is a relatively large World Championships team for Ireland,” he said.

“To travel with a great group of individuals plus a relay into one of the world’s biggest events is a great start for us in our quest for success in Tokyo,” he added.

Hyland will be involved in a strong build-up to this summer’s big events, with international meets planned for France and Italy and a training camp sandwiched in between.