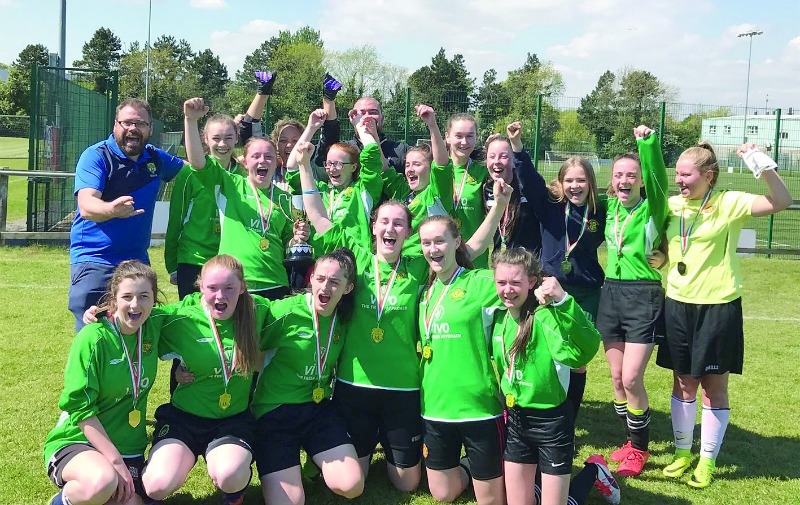 Rachel Maher tucked away the decisive goal in the second half after Beth Whyte’s strike had defelected into her path.

The team was forced to weather a heavy surge by their Stillorgan opponents who were looking for a way back into this match.

But with the likes of Kerri Duffy proving uncompromising, Loreto held out for the victory which completed a tremendous campaign that included wins over St Killian’s German School and St Luis, Dundalk along the way.