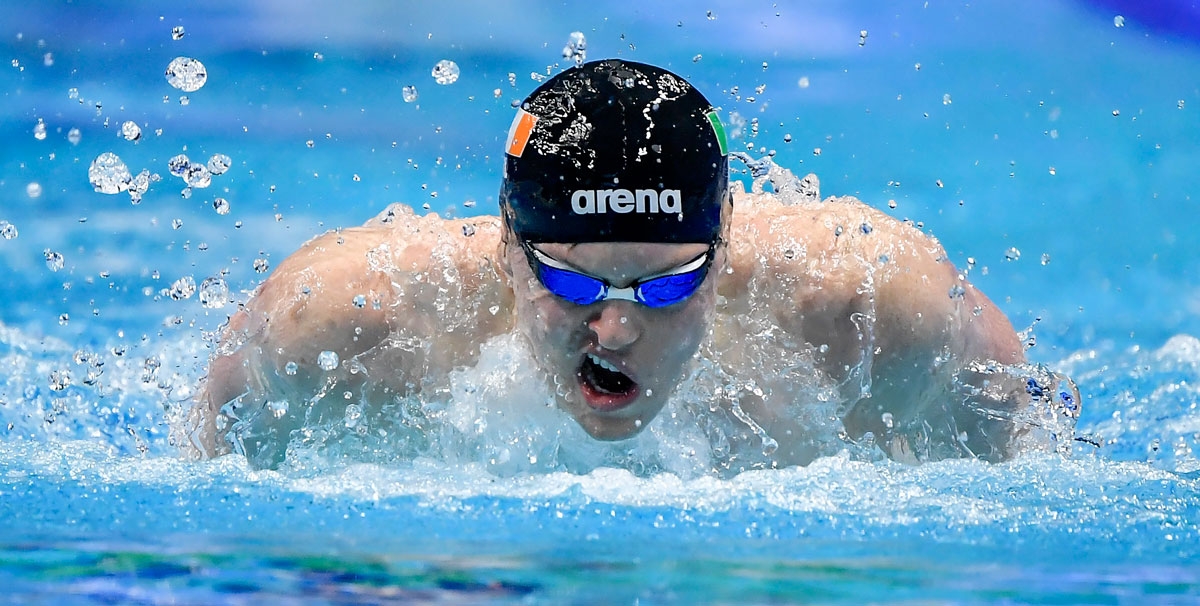 That performance keeps them in the hunt to become the first Irish swimming relay team to reach the Summer Games since 1972.

That team of Hyland, Shane Ryan, Darragh Greene and Jack McMillan together with the Men’s 4x200m Freestyle Relay outfit remain still in contention for the four remaining spots that are up for grabs in the Olympic relays.

Yesterday morning, Hyland and his international compatriots clocked 3:34.62 in a heat race - surpassing the record of 3:35.23 that was previously set at the 2019 World Championships in Gwanju, South Korea.

Their record-shattering display continued a trend that has been set by the Irish squad at these European Championships.

In the Hungarian city, new national senior times were set in every relay event that Ireland competed in.

Their time of 4:02.93 was almost 10 seconds quicker than the previous one.