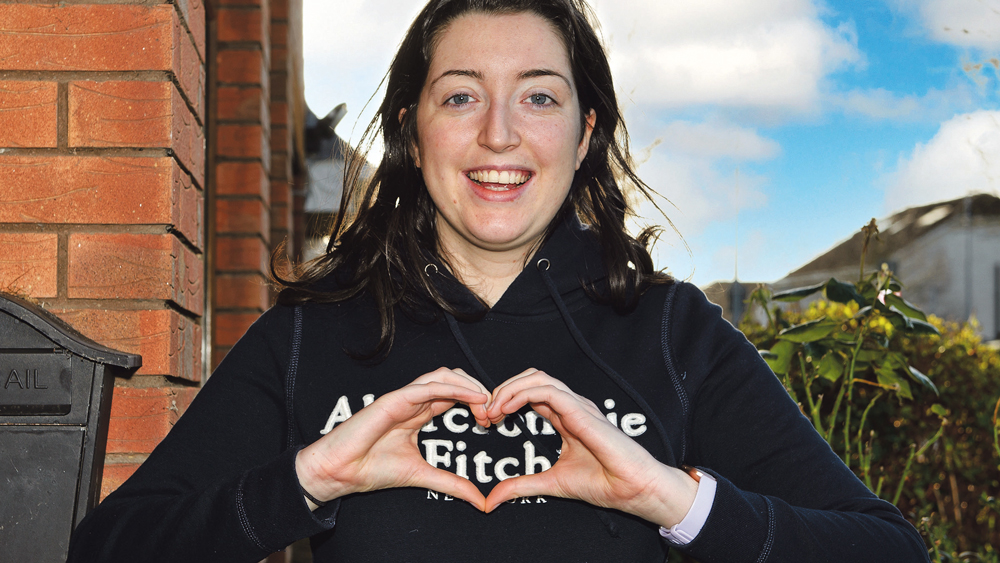 ‘I felt my heart racing and pounding out of my chest’

A 21-YEAR-OLD woman who was diagnosed with a heart condition is sharing her story in a bid to raise awareness following her seven year wait for a diagnosis.

Emily Larkin was diagnosed with Supraventricular tachycardia (SVT) almost one year ago, which is described as an abnormally fast or erratic heartbeat that affects the heart’s upper chambers and commonly presents in people aged 12 to 30.

Emily, who hails from Lucan, waited for seven years for an official diagnosis and is now trying to spread awareness about the symptoms of the condition and the impact it has on her life.

Emily says she ‘always knew’ that there was an issue with her heart, and as a teenager her frequent episodes of a rapid heartrate was misdiagnosed by cardiologists as being likely connected to anxiety or panic attacks.

“It was difficult as my ecg’s kept coming back clear with normal sinus rhythm and doctors would tell me to stop worrying about it,” she told The Echo.

“As a young woman growing up in the health service, I often felt I wasn’t listened to by the male majority consultants I’ve encountered through the years. So naturally, it came as a shock, when my heart condition finally made itself known.”

In May 2020, Emily’s concerns about her rapid heart rate reached a new level when she suffered an episode that resulted in her being blue lighted to Connolly Hospital and given adenosine, a medication that blocks the heart signals to allow the heart to reset itself back to normal.

“I felt my heart racing and pounding out of my chest. At this stage, I had seen another cardiologist who told me to buy a heart monitor to put my mind at ease. I don’t like to think what could have happened if I hadn’t done that,” she explained.

“When I looked at the monitor, I had a heart rate of 210 beats per minutes. The shortness of breath, chest pain and dizziness followed, and I then asked my dad to phone for an ambulance, but I still had no idea I had a heart condition at all.”

When the paramedics failed to bring her heart rate down, Emily was rushed to Resus in Connolly Hospital where she was diagnosed with SVT. Since this, Emily has had six hospital admissions as well as two further ambulance and resus stints.

Emily was referred for a heart procedure known as a catheter ablation six months after her first SVT episode in an attempt to get rid of the SVT arrhythmia of her heart but unfortunately this was unsuccessful, and she is currently waiting for a second heart procedure.

Speaking about the significant impact SVT has on her life, Emily said: “It’s such a worry and a stress putting your entire life on hold, going into hospital at a moment’s notice with a heart condition. It makes your life so uncertain -you can never plan too far ahead.

“Covid has made things incredibly tough. I wasn’t allowed anyone in the ambulance, in Resus or A&E before and after my surgery or when I’m admitted and staying on the ward.

“It’s been incredibly lonely and isolating especially knowing that all my friends and family would visit and keep me company.”

Emily is now in her final year of college and is hopeful and says she is “looking forward to living a normal and healthier life” in the future and says she will continue to create awareness about the condition to help others.

“My health is complicated having an autoimmune disease on top of many other conditions, but I know that if I need anything, the hospital, doctors and nurses will always be there for me to ensure that I can live my best life and not let my heart condition define me or my life,” she said.

“I hope to continue advocating and raise awareness about chronic illness with the work I also do as founder and Director of Invisible Disability Ireland and highlight the struggles of living with long term health conditions.”