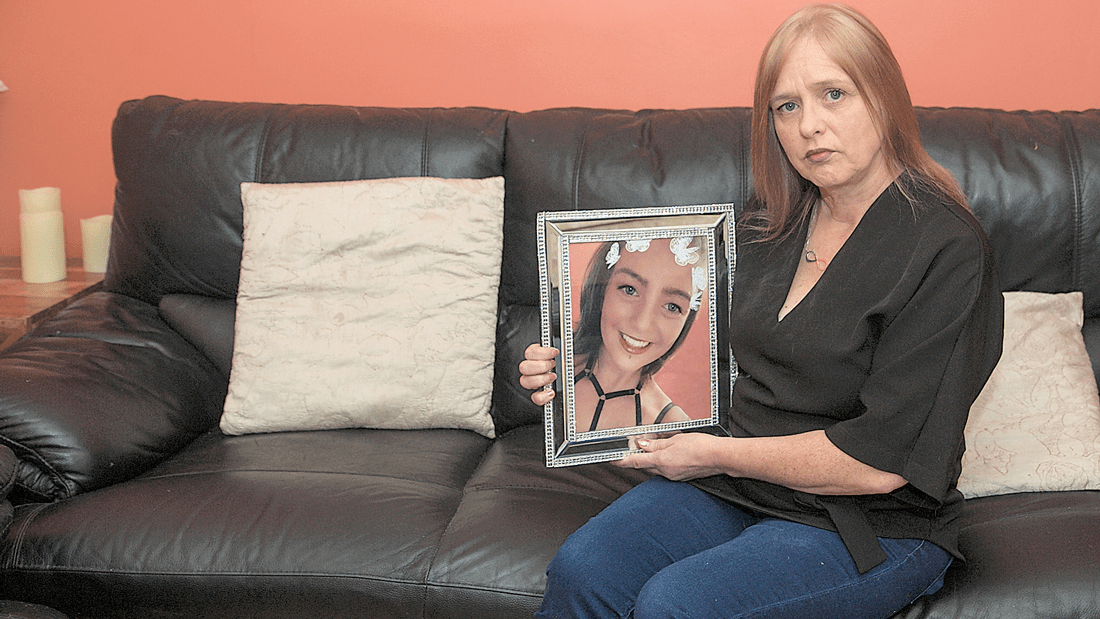 Jackie Fox, holding a photo of her daughter Nicole

JACKIE Fox will spend the fourth anniversary of her daughter Nicole ‘Coco’ Fox’s death receiving the freedom of South Dublin County Council in recognition of her work in getting an anti-bullying law, called Coco’s Law, enacted.

Nicole died by suicide on January 20, 2018, aged 21, after the Clondalkin woman endured three years of relentless bullying both online and in person.

For Jackie, who has given talks in schools all over the country about bullying and suicide awareness, finally getting the law enacted in December 2020 was a bittersweet moment and has led to the hardest year she has lived through since Nicole’s death.

“When the law was passed, I just focused on me and Nicole,” Jackie told The Echo. “Before that, everything had been about Coco’s Law. This past year has been the hardest of all of them.

“In other Christmases gone by, and it was her birthday in September, I didn’t focus much on that, because it was all Coco’s Law, but when the legislation was passed it felt like I took Nicole back.

“I was so focused on the law that I was avoiding everything. This year, taking Nicole back, everything was so real.

“It’s just been so difficult.”

Last month, Jackie, who is originally from Old Bawn in Tallaght and now lives in Courtown, Wexford, found out that she was going to be awarded the freedom of South Dublin County by Mayor Peter Kavanagh.

The ceremony will take place on January 20 – the fourth anniversary of Nicole’s passing – as Jackie requested that it be held on that date.

“I chose to have the awards night on the 20th, because I always do something on Nicole’s anniversary,” she explained.

“I hope that she’d be proud of me, and it’ll be a night for me and Nicole.”

There will be a balloon release after the ceremony to mark Nicole’s anniversary. When asked about Nicole’s legacy, Jackie said she’s proud of her daughter’s impact despite it being “bittersweet”.

“I was never one for getting into photographs or speaking in front of people, so I always say Nicole was there to push me on and I always say she pushed me to do it,” she said.

“I’m so proud of Nicole having her legacy – her name is in the Irish statute books – but it will always be bittersweet because we don’t have her here.

“We don’t get to see her smile or laugh, or hug her or talk to her again. But I’m proud that I didn’t give up, and that Nicole will never be forgotten.”

Sinn Féin councillor Dermot Richardson put Jackie Fox forward to Mayor Peter Kavanagh to be awarded the freedom of the county, this was then approved at a council meeting last month.

Previous awardees of the freedom of South Dublin County include Dublin GAA football manager Jim Gavin, who received the honour in February 2016, while in 2007 Irish international soccer players Robbie Keane, Damien Duff and Richard Dunne were also conferred with the honour.

There is also a support group for those affected by suicide, called HUGG (Healing Untold Grief Groups), which Jackie helps to run in the Maldron in Tallaght. For further information, visit hugg.ie