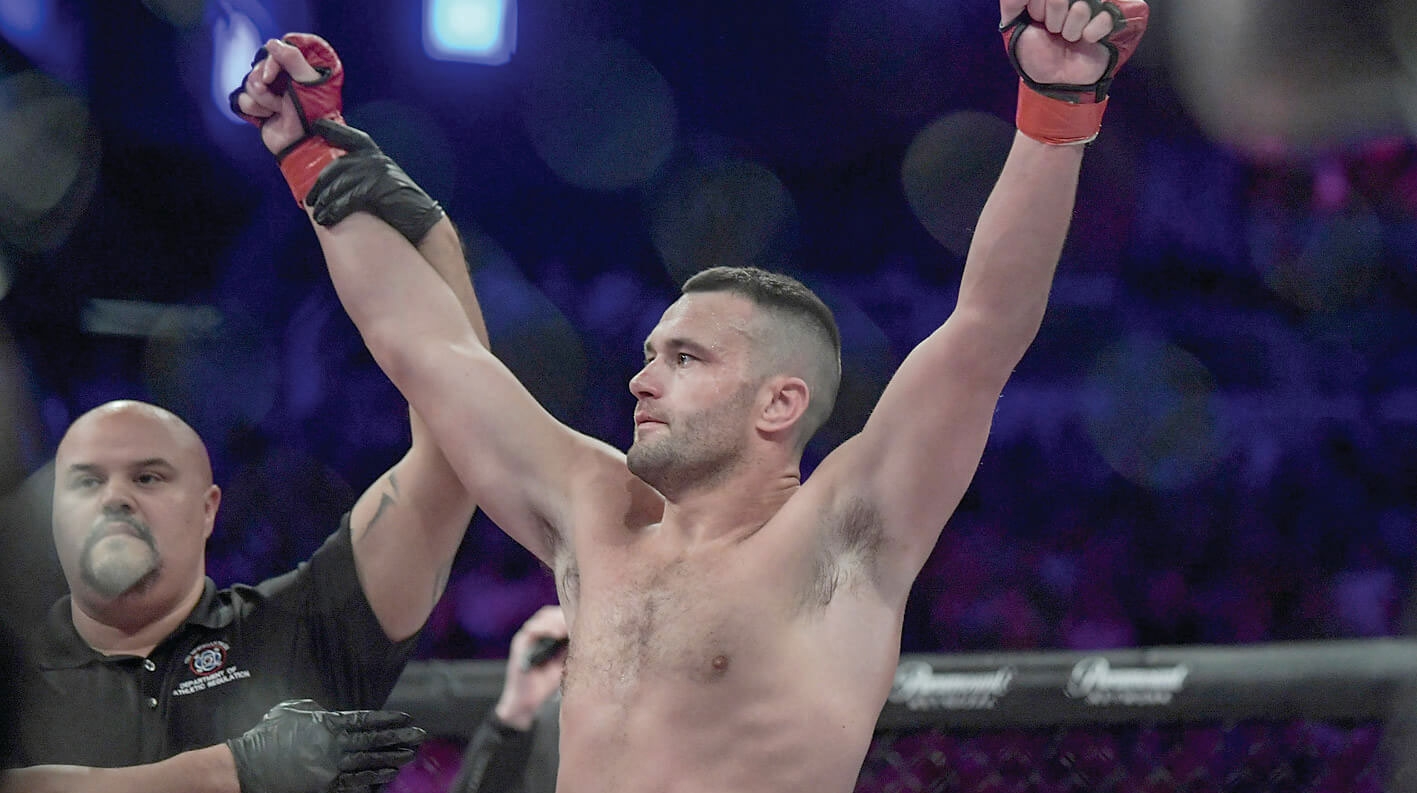 “I’m going to prove all the doubters wrong”- Kiely

RICHIE Kiely is confident he will take the next step on his rise through the ranks of Bellator when he faces off against Galore Bofando in London on June 22.

The Tallaght man has been pitched against the former UFC fighter who has already beaten Kiely’s SBG stable mate Charlie Ward at UFC Glasgow, but the former Black Panthers kickboxer insists he has too much in his arsenal to be troubled by the Englishman.

“He [Bofando] is a flash kickboxer, but I’m going to quickly turn him into a grappler because once he feels the first punch he’s going to panic.

“He likes being the hammer and not the nail and I’m going to punch a hole through his face.

“He is a world class striker and this fight is a step-up for me, but I’m just at a higher level of striking and he’s going to find that out. He hasn’t fought anyone with my striking ability.

“I know exactly what he’s going to do, but this will be the first time that he will come up against someone with a higher level of striking than what he has.

“This is the fight where I’m going to prove all the doubters wrong. This is when I’m going to shut those people up. It’s a great card and this is what will lead me to title fights”  he insisted.

Kiely made his debut for Bellator in February when he knocked out Mickael Bucher in the opening round of their welterweight contest.

And the Dubliner is excited at the level of coaching with which he has surrounded himself as he begins preparations for his next challenge.

“I’ve got a world-class team around me. Ray McKenna for nutrition and mindset, Dave Heffernan and Norman Kelly for kickboxing. And if he [Bofando] wants to go MMA I have John Kavanagh and Dave Roche.

“These are world-class people I have working with me and, because they’re in Tallaght and on our doorstep I think people just don’t appreciate just how good they are. They’re the best in the world at what they do.”

Both Kiely and Bofando have emerged from the kickboxing field, but will meet for the first time in the MMA arena.

“I fought at a different weight than him” explained Kiely. “I was fighting at 86kg when I’m a natural 75kg and that just shows the power I have that I was able to beat heavier guys.

“He’s going to see that. He’s just all style and no substance and I’m both and that’s what I’m going to prove” he said.