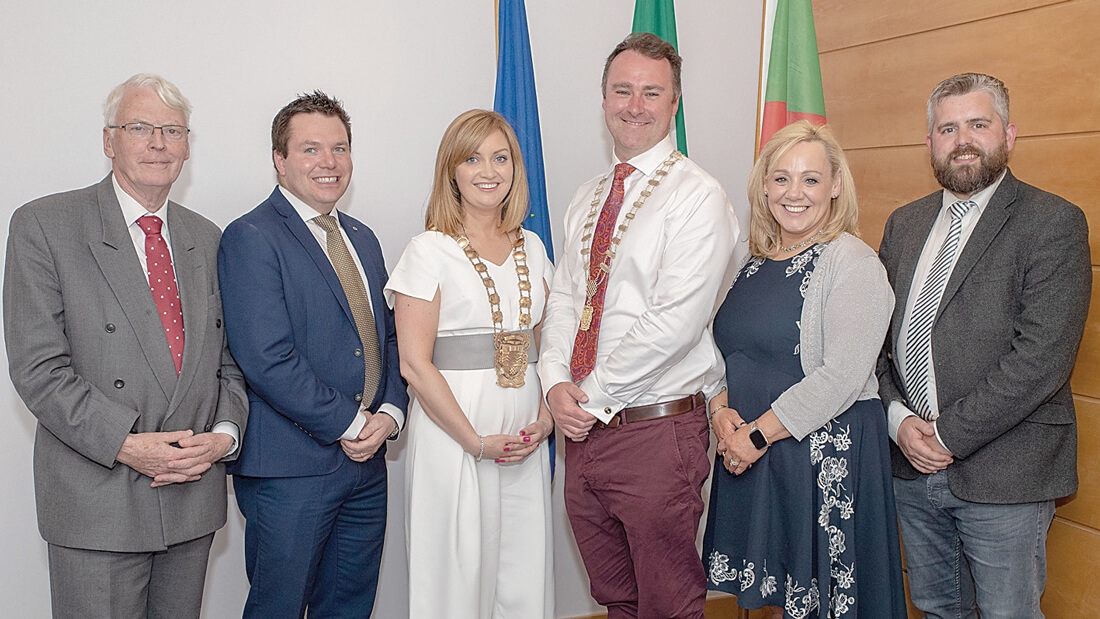 ‘I’m honoured and humbled to be elected Mayor of county’

A delighted Councillor Casserly, said she was honoured and humbled to be elected as Mayor and take over the role from Cllr Mark Ward.

Mayor Casserly in her acceptance speech said: “I am honoured and humbled to be elected Mayor of our great county. As a local resident, a local mum, a local wife, a local sister, a local daughter and a local carer, my roots go deep in our community.

“During my coming year as Mayor, my vision is to make real progress on the journey to making our county fully accessible and fully inclusive for all residents.”

Mayor Casserly con-cluded her speech by adding “I will work hard to ensure our chamber is fully inclusive and my pledge to you is to be a fair chair, creating a forum where all views are debated and treated respectfully.

Tributes were paid to the outgoing Mayor, Cllr Mark Ward (Sinn Féin) and Deputy Mayor, Cllr Cathal King (Sinn Féin), who thanked fellow councillors, Chief Executive, Daniel McLoughlin and the management and staff of the Council for their help and support during their term in office.

Deputy Mayor Gilligan said: “This time last month, I wasn’t sure I would still be a councillor.

“To have been elected four times by our community, then to be elected Deputy Mayor of South Dublin Council is a real privilege and to be honest, these last few weeks have been a whirlwind.

“I think I’m still in disbelief, so it will take a while to sink in.

“I would also like to congratulate my Mayor, Cllr Vicki Casserly – she has been so supportive, she is well liked in the community and this will stand to her and to South Dublin County Council over the next year.”

The following councillors were elected as Chairs of the Area Committees: