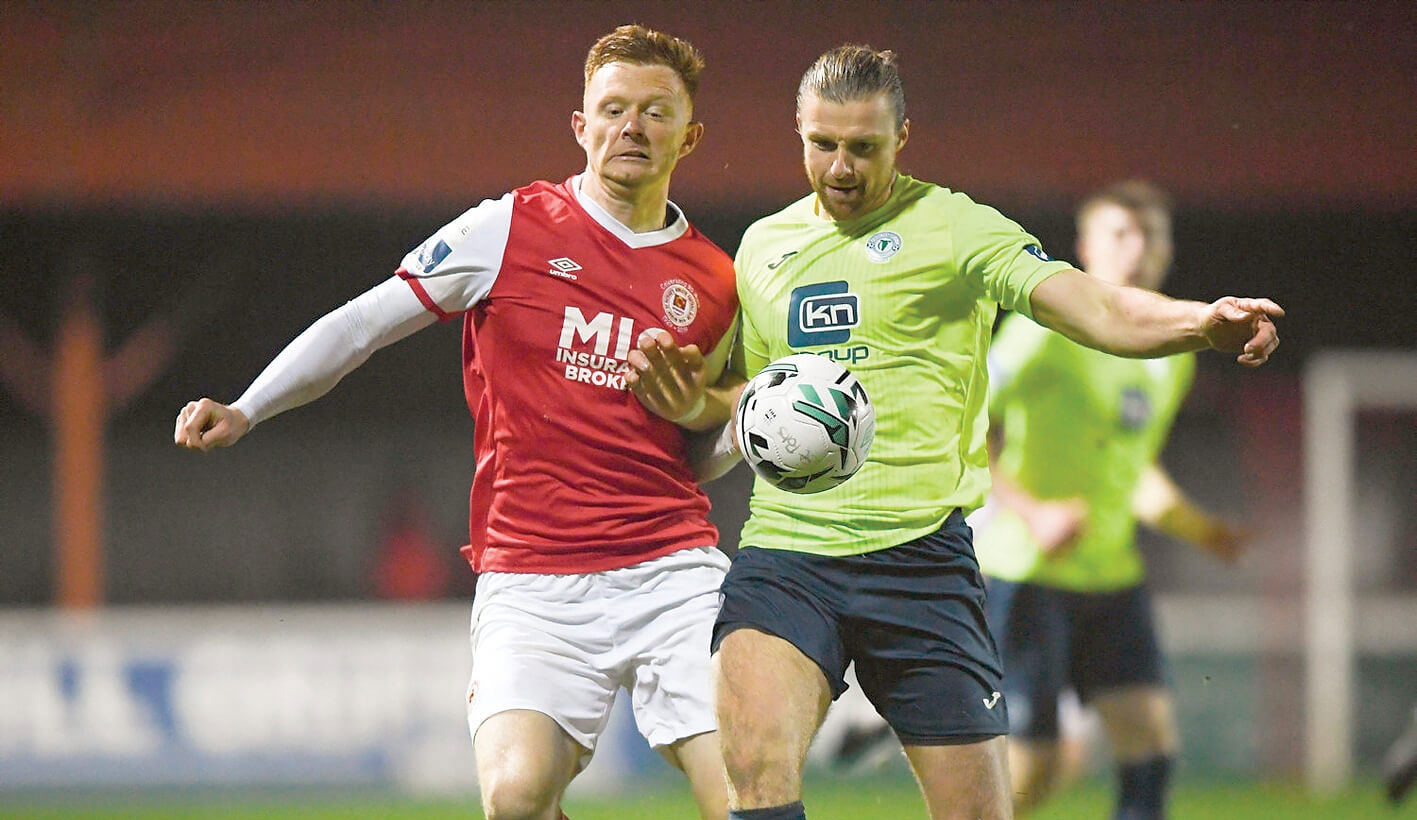 “I was physically and mentally drained”- Shaw

STRIKER Gary Shaw underscored the effort both he and his St Patrick’s Athletic team mates made in order to put one over defending Airtricity League champions Dundalk on Friday and bring their run of five games without a league win to an end.

Harry Kenny’s men dug deep to carve out a 1-0 victory over the Lilywhites in Richmond Park and leave themselves on a more confident footing for tomorrow’s trip to Turner’s Cross for a clash with Cork City.

“We desperately needed a win because we did have a couple of bad results before” Shaw told The Echo.

“We worked so hard, and they [Dundalk] did have a late chance to score and break our hearts, but thankfully it went wide and we prevailed.

“Harry [Kenny] told us to make sure that we came back in after that match having given everything and that’s the way I felt. I was physically and mentally drained and that’s what it takes to win a game like that.

“It was a massive result for us, a very important one, and hopefully we can now build some moment-um from that” he said.

Pat’s boss Kenny will have his players’ attention now fully focused on their bid to secure another three points in Cork tomorrow.

The team already beat the Leesiders 1-0 on home turf in their opening match of the season and since then John Caulfield’s side have struggled for momentum, winning just three of their opening eight games in the Premier Division.

They sit just a point behind Pat’s in the table, but Shaw believes the Inchicore side can heap more misery on them and further bolster their own campaign.

“It’s going to be tough” he stressed. “They [Cork] will be looking to ignite their season after having lost to Rovers and Dundalk recently.

The Cork match marks a hectic period for the Saints with games against Derry City, Sligo Rovers and Finn Harps following quickly.

“We’ve got about six or seven games in three weeks” explained Shaw. “It’s a nice run fixtures, one after the other, so hopefully we can shoot up the table.

“One or two results can change everything and hopefully we can be like a runaway train” he added.