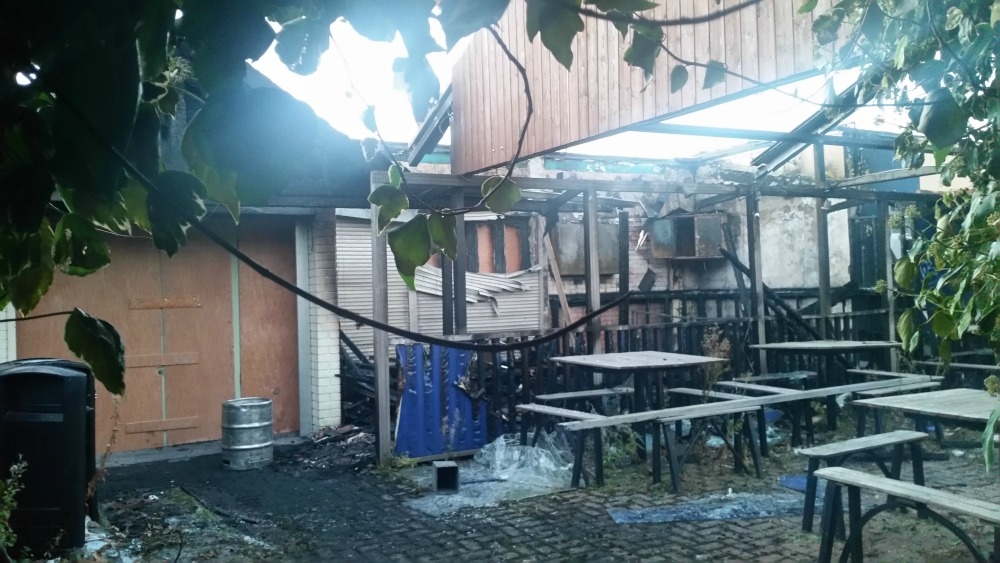 Last night’s fire at the Cuckoo’s Nest caused an extensive amount of damage to the outer building in the beer garden area and the roof.

Five units of Dublin Fire Brigade from Dolphin’s Barn and Tallaght were called to the fire just after 10pm.

Images of the once much-loved pub on fire quickly circulated online, but thankfully the blaze was under control by 11:30pm.

The images from today show damage to the shutters of the big lounge, the roof, which has collapsed in parts, and the outer wood work.

Workers were on site for a large part of today securing the building, and a cause for the fire is unknown at this time.