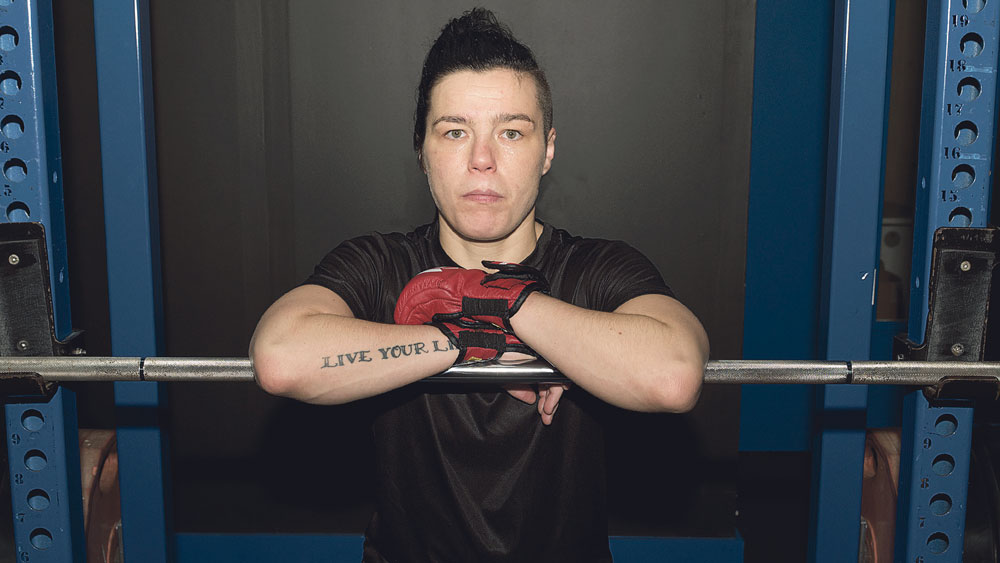 Sinead Kavanagh will fight for the World title next month

‘It is the biggest fight of my life and for Ireland’

A SWITCH from boxing to MMA mid-career proved to be the right move for Sinead Kavanagh, who on November 12, will fight the formidable Bellator featherweight champion Cris Cyborg for a world title in Florida.

Arguably the biggest bout for an Irish female MMA athlete to date, it represents the next remarkable chapter for Inchicore native Kavanagh, who travelled the world boxing, but had to give it up as it was costing her money to compete.

Despite becoming a five-time national champion, being involved in Olympic qualifiers and competing alongside Katie Taylor on the Irish team that went to the World Championship in 2012, it did not pay the bills, and as a single mother, a change of direction was required.

“I got fed up with boxing, it was costing me to box. I had a son and was on me own,” said Sinead.

A move to MMA and working with trainer John Kavanagh at SBG in Goldenbridge, ushered in a new lease of life, and a world title fight, but it is something Sinead (35) worked extremely hard for over the years.

Now living in Ballyfermot, she battled many personal challenges, including being turned away from the boxing club at CIE when she was “eight or ten”.

“Girls weren’t allowed to box then, I ran down the road crying, couldn’t understand. I joined the karate club in the same place, it was crazy, we killed each other but it was fun and good.” 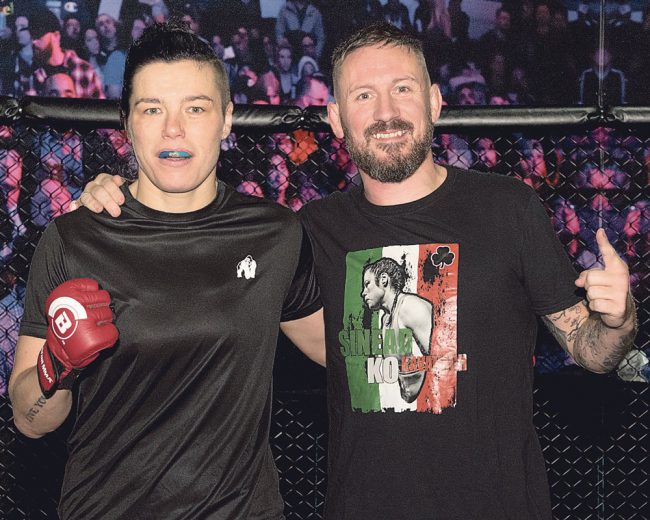 After a spell kickboxing in town, Sinead finally got into the CIE boxing club after she got through sparring session against a few lads.

Tragedy befell the family when as a child, her aunty and uncle died in a car crash, from which her mother was lucky to escape.

“My Mam survived, she is a warrior, but it was like a domino effect, you can’t get over it.”

Further tragedy occurred after the father of her son Leon passed away at a young age.

Pregnant at 17, Sinead gave birth just before her Leaving Cert, but incredibly, still went on to do her exams, exemplifying the mental toughness she has shown in MMA.

“The hospital encouraged me to go back in the week before the Leaving Cert to my school Palmerstown Community College.” 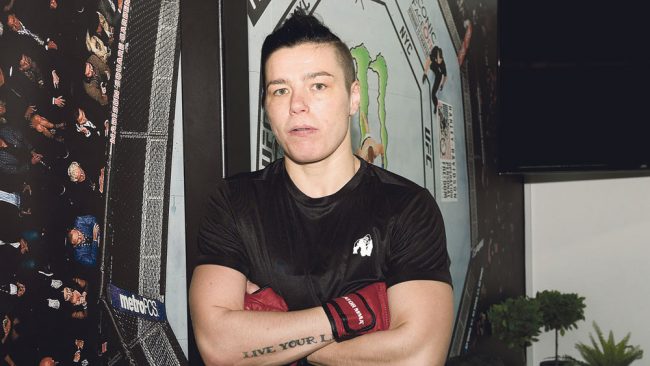 From a family of five kids, Sinead feels the pain for a sister who is on heroin and living in tents in the city centre.

“I miss her dearly. A six-month waiting list to get into somewhere means a loss of momentum. I hope she sees the light and turns it around.”

Since her move to MMA in 2015, Sinead has a professional win/loss record of 7-4, but many commentators in the UK and Ireland feel she was robbed in some of the bouts, particularly in 2019 against American Leslie Smith at Bellator 224 in Oklahoma.

After the Smith fight, Sinead has gone 2-0 against Olga Rubin in Israel and Katharina Lehner in Milan 12 months ago, to earn her title shot against Cyborg and the biggest fight of her life so far.

Cyborg is making her third featherweight world title defence, this time against against Kavanagh, who is ranked fifth, but the Dubliner fears nobody in the ring and believes her style will make it a “nightmare” for the Brazilian.

“It is the biggest fight of my life and for Ireland, a title fight and the icing on the cake is it is also against her,” said Sinead.

“She doesn’t like boxers, I’m boxing all my life. She didn’t want to fight me and has me blocked on her social media. I can do this, it will be my fighting style.

“I was very hard on myself growing up but I’m comfortable in cages now. At SBG I’m fighting with the best and training with the best, no matter who comes to me in the cage, I know I’m well prepared for it. I used to worry going to ground, but I’m an all-rounder now.”

Sinead’s world title bout versus Cyborg will be broadcast live on Virgin Media on October 12.