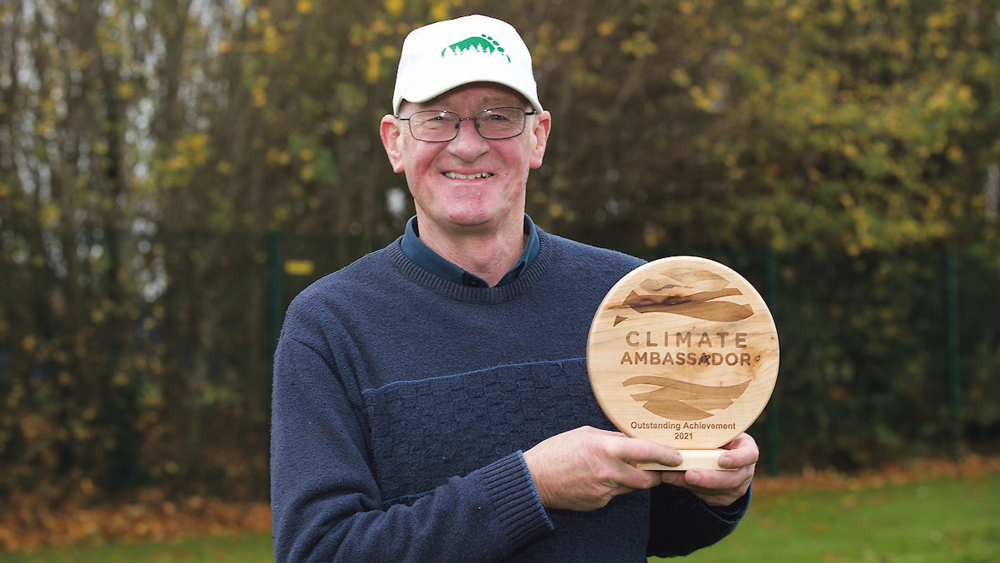 Kiberd is well known for his involvement with Tallaght Litter Mugs and Dodder Action Group. He has attended many Climate Ambassador zoom workshops on climate change ranging from science, to solutions, actions and communications.

His diligent work ethic is inspiring and has never wavered, despite the number of setbacks while setting up the not-for-profit tree planting organisation called ‘Stepping Stones’.

Having planted 900 trees so far in community spaces and schools this year, there are plans to plant 9,000 trees early next year.

Minister for the Environment, Climate and Communications, Eamon Ryan T.D., acknowledged: “Climate Ambassadors are taking practical actions and inspiring others. Through their actions and communications, they demonstrate an extraordinary depth and diversity of knowledge and experience in their chosen areas. Change is happening, to give hope – thank you to the Climate Ambassadors for giving us that.”

The Climate Ambassadors collectively completed 731 climate actions with a staggering 651,000 people directly engaged. Individuals also completed an incredible 1,727 communications, such as sharing their passion through storytelling on social media.

Starting its fourth year of operations in January, the programme delivered online training as well as some in-person workshops when possible.

Climate Ambassadors are provided with tools on climate science, solutions, action and communications, but more importantly, they become part of a powerful network of committed individuals. These people are fantastic at sharing their knowledge, learning from each other, and building relationships.

Throughout the year, they are asked to undertake four key actions: two climate communications and two climate actions.

The awards are a celebration of the hard work that has taken place over the last year and the enormous effort that the Climate Ambassadors have shown throughout the process. To mark this, each Climate Ambassador that completed the programme received a certificate of recognition and some sustainability essentials.