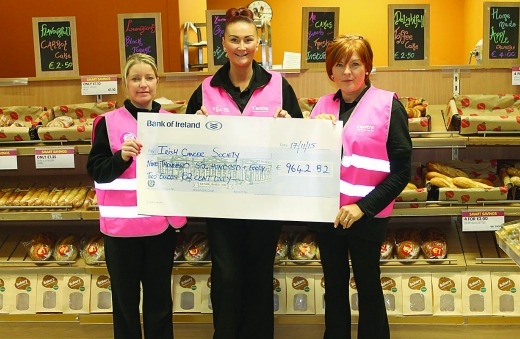 The local stores had hundreds of participants take part in their 5km walk which raised €9,642.82 for the charity.

Commenting on the success of their ‘Walk the World’ contribution, Alan Jordan, of Jordan’s Centra Stores said, “We are absolutely delighted with the turnout at our walks and all those who so generously donated to this initiative.

“It is fantastic to think that communities all over the country rallied together on this one day for such an important cause that has touched the lives of many.”

We are extremely grateful to all our customers, not just those who walked but also those that have contributed to the charity through various fundraising initiatives throughout the month.