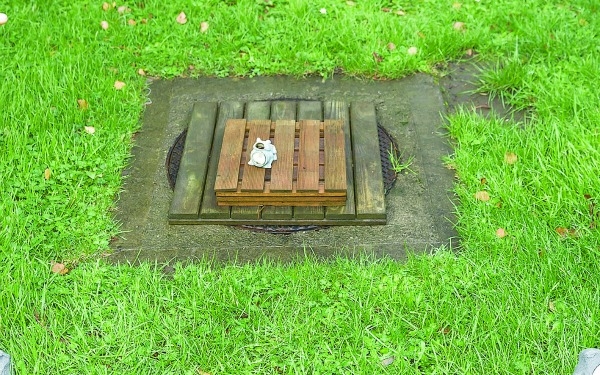 Sewerage blockages at a council-owned home have led to one family expressing health and safety concerns.

The Best family have lived in Convent Lawns, Ballyfermot, since 1998.

With the house located on the corner, sewage from other houses on the road runs through pipes close to the house.

Blockages two weeks ago led to a situation where the shores were blocked for five days until contractors from Dublin City Council were free to clear it up.

Lindsey Best Kinsella, daughter of the home’s tenants Eileen and Eugene Best, says a similar problem surfaced last year and it is an “ongoing problem.”

Palmerstown Woods resident Lindsey is mother of Tristan Best Kinsella (3), who has Hypoplastic left-heart syndrome (HLHS) and is on daily medication.

Lindsey said: “Sewerage was coming up through the kitchen sink. We couldn’t use the sink or open the windows. All the crap from other houses was seeping up and the back garden was in bits.

“My parents mind my son at the house up to six days a week – the smell poses a serious health and safety risk. You couldn’t even go out the back garden.”

After numerous calls to the council, Lindsey managed to get someone out to unblock the shores.

However, she is concerned that the local authority and Irish Water are “passing the buck” when it comes to taking responsibility.

She continued: “”The council told me the front was Irish Water’s problem and Irish Water told me it was the council’s responsibility. I want to council to get an engineer out – it’s an ongoing problem since 1998.

“They are talking about the tenant purchase scheme now, but they’re like the houses that Jack built on that road, with re-conditioned boilers and washing machines.

“When they were here to unblock the shore, they had to go over to the other corner house to release the shore and then come back and release our one. In total, three shores had to be left open to to ensure it flowed through. The smell hung around.”