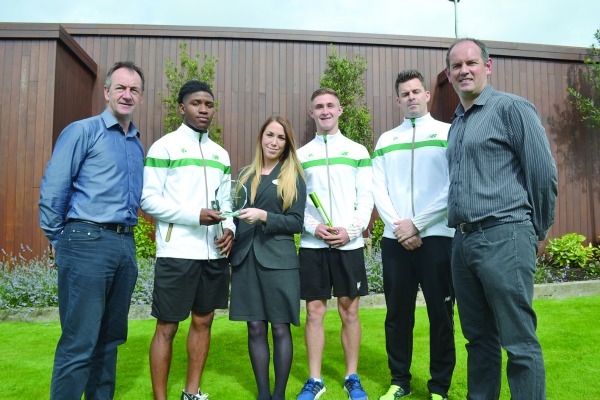 PICKING up ‘The Echo Team of the Month’ Award for July was the Ireland Junior Men’s 4x100m Relay team who broke the Irish Under 20 National record at the World Under 20 Championships in Bydgoszcz.

They were the first-ever Irish men’s team to qualify for the World Under 20 Championships when they ran 40.97 at the IFAM meet in Belgium back in May.

And they bettered that time in Poland when clocking 40.48 which was just .35 of a second off qualification for the final.

In their semi-final they were up against some of the world’s top relay nations including Great Britain, Chinese Taipei, Italy, Botswana and Portugal.

The three South Dublin athletes have been members of the Irish Under 20 Squad since 2014 and finished seventh at the European Under 20 Championship in Sweden in 2015.