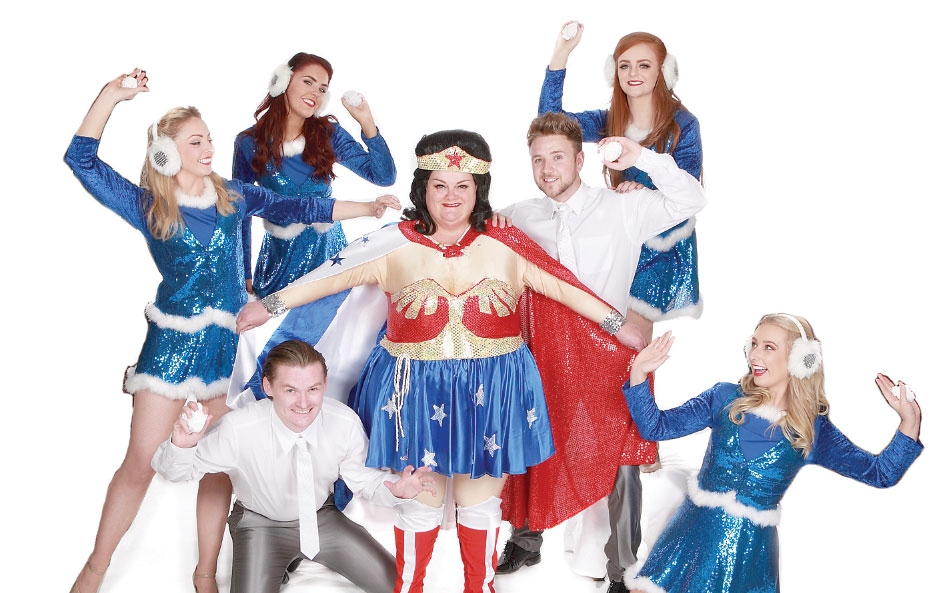 SHE’S BACK! A painful shoulder injury two years ago forced June Rodgers to take a brief hiatus, but the indomitable comic performer is back doing what she does best much to the delight of her legion of fans.

Residents can catch June and her cast over the next two weeks at the Red Cow Moran Hotel, where they are currently halfway through a cabaret run - 12 dates of Christmas.

The break from showbusiness, has renewed Tallaght native June’s lust for entertainment, and it is something her fans have welcomed.

“People have been asking me if I was back, so I’m glad to say I am, this is our 17th year in the Red Cow,” said June.

“I tripped the night before we were due to open the Christmas show in 2015, but the show has to continue. It didn’t feel bad as we did the show, but you would have up to 18 costume changes, where you have a minute to get dressed. It was only in January that I learned I had a torn rotator cuff.

“I couldn’t do the Red Cow last year but, I’m not the type of person who can sit down, so it is great to be back. I’ve made a full recovery, you just have to look after yourself, no more swinging around the 44 bus stop.”

The extensive cast and crew for the Red Cow extravaganza, includes plenty of Tallaght talent.

“Lea Carrol is our lead choreographer, Kevin Keeley is in the cast, Brenda Brooks, who played Olga in Fair City, co-produces, Martin Higgins has been my writer for many years. We have a great team.”

“There are some new characters including Bond…Oliver Bond. Everytime we put on a show, there is something new. It’s been very well received. We’ll also have everything in music from 60s and 70s to the Latin scene.”

Kathy Kavanagh, from the Ace Party Shop in Belgard, provides specialist costumes for the show, which June says are critical.

“It’s very important – the visuals. It’s the excitement of ‘what will she come out dressed as next’.

The Red Cow are running promotional deals for the 12 dates, including show and stay from €99, and mid-week dinner and show €55.

“I often see different generations of families coming back to the show. A lot of people first saw me at the panto, and now are bringing their kids and grand-kids.

“Lots of people, even if they are local, avail of the show and stay deal, because it they were going home, they would have to get a taxi. Why not make a night out of it.”

For further details contact the booking office at 4593650 or email redcowcabarets@moranhotels.com