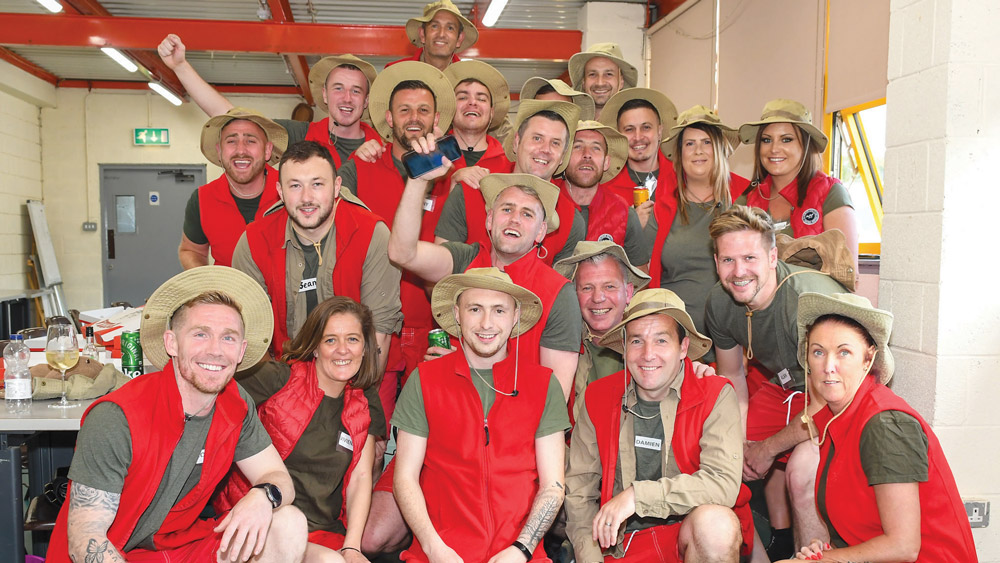 The contestants who participated in the fundraiser

ALMOST €30,000 was raised from a Jungle Challenge Fundraiser for Kilnamanagh Football Club this week towards their proposed new clubhouse development at Ned Kelly Park.

Around 290 people packed out Kilnamanagh Community Centre on Saturday evening, with 24 contestants making two teams battling it out for the top prize.

King of the Jungle went to Kilnamanagh senior player David McBride after he battled his way through a number of daunting challenges.

“The atmosphere on the night was brilliant and the challenges tested the contestants and brought great atmosphere to the event,” said Kilnamanagh AFC official Brian Kavanagh.

“We had a great turnout on the night and the support from the community was very positive as the money goes towards the clubhouse development,”.

Tickets on the night cost €25, which were sold by club members.

Both parties are now waiting for a decision from An Bord Pleanála which is expected sometime in August.

As previously reported in The Echo, the recreation centre’s management wanted to specifically appeal the car-parking aspect of the permitted development, as a portion of the proposed car park for the clubhouse falls into the grounds of the community centre.

An Bord Pleanála received the community centre’s application for leave to appeal in January, after it was lodged by then chairman of the Kilnamanagh Family Recreation Centre, Martin O’Brien.

Mr O’Brien stated that the leave to appeal centred only on “a single aspect of the development i.e. the 67 car-parking spaces the applicant was subsequently requested to provide”.

The 67 car-parking spaces were not in the football club’s initial application for planning permission, but were added to the application at a later stage via additional information that was requested by the counci

The car-parking spaces “are not within the land of the proposed development, but are located in our community centre grounds,” according to Mr O’Brien.

However, Mr O’Brien added that the community centre is “extremely open” to working with the football club to come up with “a viable alternative” for the location of the car-parking spaces.