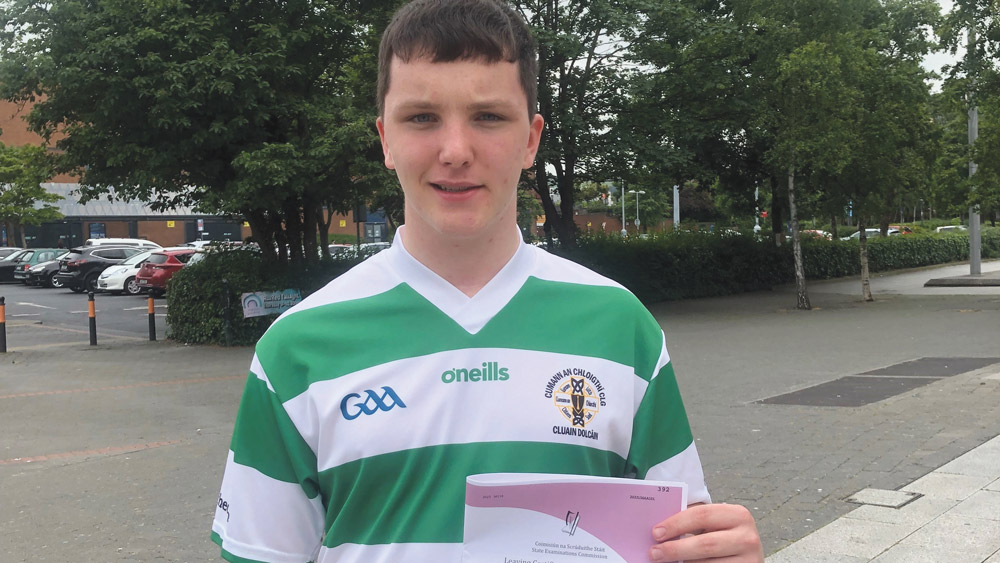 SITTING the first-ever Leaving Certificate Mandarin Chinese exam posed a whole new level of challenges to the students who sat it this week, but for one, it went according to plan.

“I always had an interest in languages,” says Jake Murray McGuirk, the day after sitting the examination in Kishogue Community College.

Nine students took the subject for the Leaving Cert in the post-primary school and they were among 290 in total to get through the exam on Monday.

“The exam went alright in the end,” Murray McGuirk tells The Echo.

“It’s like Irish in a sense except you’re not reading essays or text.

“I’ve said this before but learning Chinese was definitely easier than Irish for me.

“Irish is thought in a weird way compared to how Mandarin Chinese is thought, the grammar is much easier.

“Overall, I felt very happy coming out of the exam, it definitely went better than I thought it would have – especially considering there were no mock exams or anything, just sample papers.”

Students really had nothing to go off in terms of the history of the exams in the country, because it was the very first time it was held in the country and that posed a whole other challenge.

For students, picking up the language was quite straight-forward in terms of the grammar side of things while a heavy emphasis was placed on the physical use of the language for the examinations.

Jake, who is originally from Clondalkin and lives in Tallaght, explained that there are three facets to it – aural, oral, and written tests.

Between the jigs and the reels, some 40 per cent is allocated to the written aspect with students able to go into the exam hall with a guaranteed pass if the aural and oral went according to plan

But it is not the end of the Leaving Certificate for Jake just yet. The Round Tower GAA member must wait until June 28, when he will sit this year’s politics exam.

The 17-year-old recently completed the Dermot Earley Youth Leadership Initiative in Round Tower GAA Club and is kept busy as the stats-man for several teams including the Dublin Minor Hurlers.