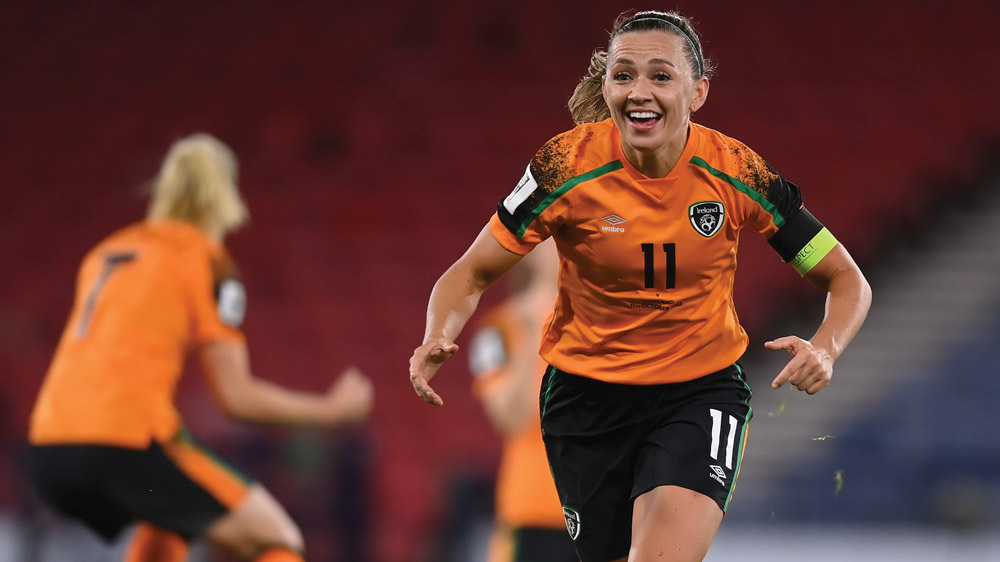 Katie’s parents are ‘so proud’ leading Ireland to World Cup

PROUD parents Gary and Sharon McCabe have spoken of their delight at seeing their daughter Katie captain Ireland to their first ever FIFA Women’s World Cup soccer finals in Australia and New Zealand next summer.

Both parents travelled to Hampden Park on Tuesday evening to support the team along with Katie’s younger sister Lauryn who is an up-and-coming star with Ireland’s U16 side.

“The result still hasn’t sunk in. It’s a massive boost for the team and this win gives our country a huge boost,” Katie’s dad Gary told The Echo.

“This group of players have had some difficult nights over the years, but this result is just amazing.

“We are so proud of Katie and the whole squad, backroom team and management in getting this result and qualifying for our first World Cup finals – it’s amazing.”

During the game Gary said he was confident that Ireland could get a victory, but the girls had to dig deep to get the 1-0 win over Scotland.

“I was not that nervous during the game, I was confident they would find a goal and what a way to get it, Amber Barrett took it brilliantly. 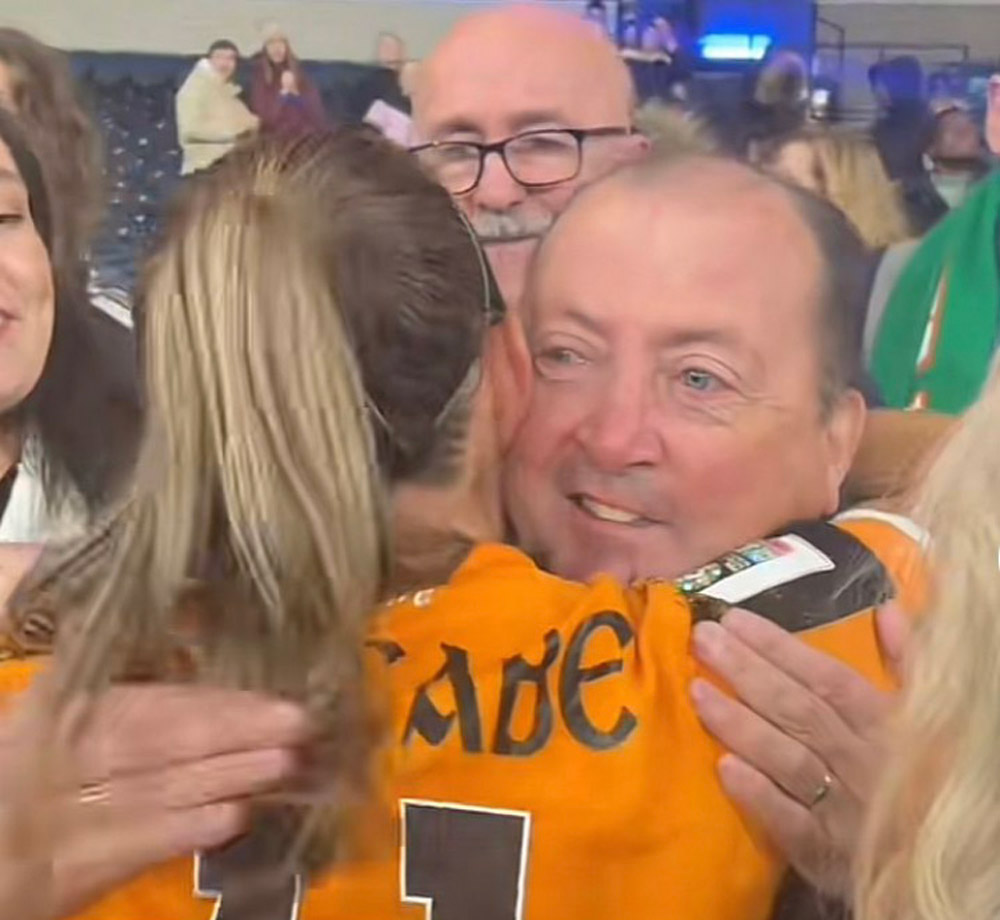 “Some decisions did go against us, but the girls stuck to the task and got the job done.”

Speaking on Katie’s achievement on leading Ireland to the World Cup Gary said: “Look it’s massive for her and the team.

“The whole family is thrilled for Katie. The team has been knocking on the door and now we can say we are going to the World Cup finals which is brilliant.

“Her family in Kilnamanagh, her brothers and sisters and her grandparents are thrilled for her.

“It is a great boost for the country and I know there has been a great buzz around Tallaght and Kilnamanagh which is brilliant.

“Lots of younger players will be looking to these players who are role models and for players like Katie’s sister Lauryn this is great.”

Lauryn who is a student in Tallaght Community School, is a player to watch out for in the future and plays with the Ireland U16 squad and is expected to move across the channel like her bigger sister Katie.