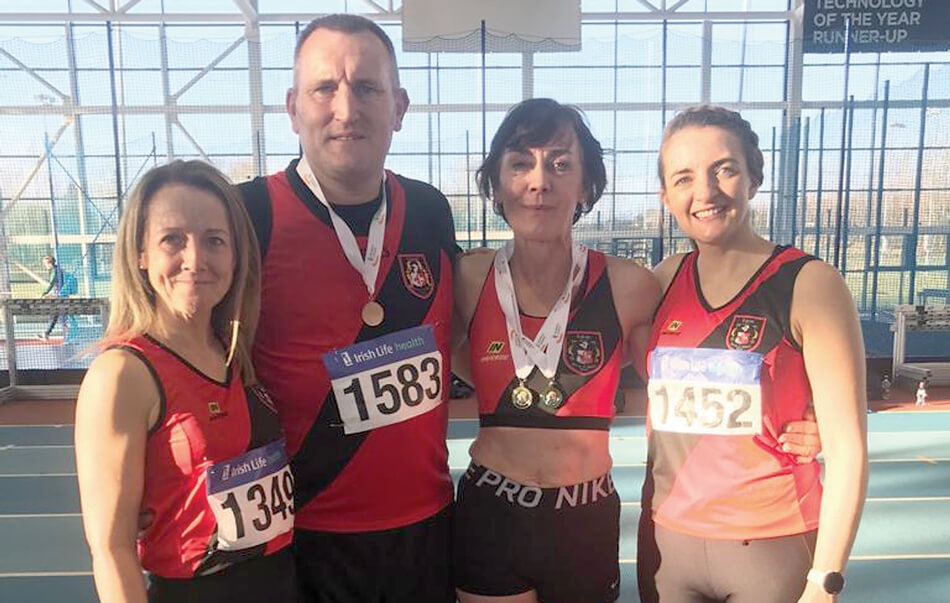 Kearney leads the way for Lucan in Nationals

IT WAS another great weekend for Lucan Harriers Athletic Club at the National Masters Indoor Championships in Athlone, with Carol Kearney leading the way for their team.

The Lucan woman set two national records on her way to gold in both the W55 200m and 400m races.

In the former, she pipped Moira Groome from Trim by just 100th of a second with Tina Gallagher of OMG AC completing the podium line-up.

It was a more comfortable win for Kearney in the 400m as she crossed the line in 1:07.77, some nine seconds the better of runner-up Gallager with Helen Lonergan of Dunboyne finishing third in 1.20.

“I was really pleased with that” said Kearney. “Winning the two events was what I had set out to do and I managed to achieve that so now I’ll go for the record in the outdoors in the summer” she told The Echo.

Kearney was hoping to compete in the European Masters Indoor Championships in Braga next week, but that event has since been postponed.

Her performances in Athlone were the highlight in a productive outing for Lucan who saw their own Ben Pointer scoop bornze medals in both the M45 Shot and Weight for Distance while Trish Gough picked up silver in the W50 1500m and Laura McAteer finished fourth in the W40 Long Jump.