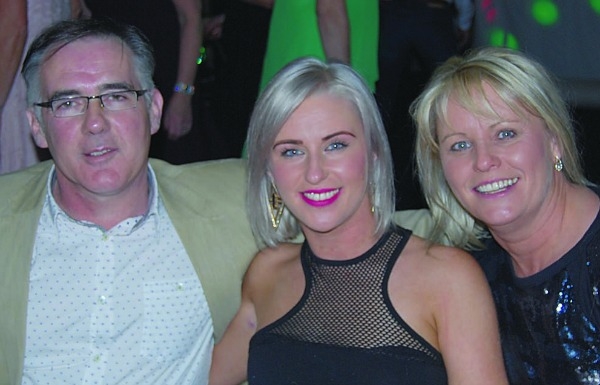 A YOUNG woman’s life was turned “upside down” 15 months ago, when out of the blue, she became ill and was subsequently diagnosed with kidney failure.

Drimnagh resident Janice Moran (27) had no prior warning that she could be facing a serious illness, nor was there any genetic history of the condition in her family.

After feeling a little under the weather in the lead-up to Christmas 2014, Janice’s condition deteriorated to the point that when she eventually got to hospital, doctors told her she nearly died.

“I went to a doctor and they told me to go straight to hospital. When I got to St James’s, they hooked me up straight away, and I was transferred to Tallaght Hospital, who have specialist treatment for kidneys, and stayed there for up to two months.”

“I genuinely didn’t know what a kidney disease was at the time. My mother had to explain the seriousness of the situation to me.”

To go from being a healthy, outgoing young woman, to being laid off work for nearly a year, and undergoing an exhausting ten hours of dialysis a night, has been a shock to the system.

Janice continued: “My whole life was turned upside down. I had to give up work for 11 months, and I do dialysis for ten hours a night. I went back to work part-time before Christmas, because I wasn’t going out anywhere, and I needed the motivation. My employers (receptionist at an electrical wholesale company) have been very understanding.”

Janice is currently on an organ waiting list with the Irish Kidney Association.

“I’m on a priority list, but some people are waiting two years, some are waiting seven years. You have good days and bad days, but I’m fit and healthy,” she said.

On Tuesday, she attended the national launch of Organ Donor Awareness Week (April 2-9) at the Mansion House.

All donations during the week go towards the IKA and aid for patients on dialysis, and patients fortunate enough to have received a transplant.

Anyone can text ‘kidney’ to 50300 and €2 will be donated from your mobile phone account to IKA.