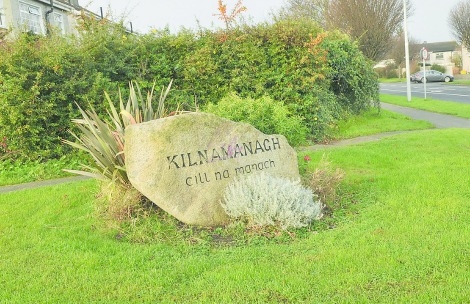 Kilnamanagh residents not happy with change of use of Broomhill facility

RESIDENTS in Birchview in Kilnamanagh have raised concerns about a change of use of a facility on the Broomhill Road which backs onto their homes, reports Laura Lyne.

Their concerns were raised with Fianna Fáil councillor John Lahart, who has been canvassing throughout Kilnamanagh.

In recent months, one of the warehouses located within two units on the Broomhill Road has changed its use to carry out an industrial process, and to store large vehicles, waste vehicles and waste vehicle equipment.

The company within the unit has also installed four large roller shutter doors to the western elevation of the unit.

In a warning letter to the company, South Dublin County Council noted the alleged unauthorised development of alterations to the structure, including the installation of roller shutters and the change of use of the facility from factory/warehouse.

The council issued a warning letter to the company back in September, and, after inspection of the site, issued an enforcement notice to cease the change of use and remove the shutters.

Speaking to The Echo, Cllr Lahart said: “I was out canvassing in the Kilnamanagh area in September, and one house after another on Birchview Close raised the issue with me.

“The residents have been highly impacted by the change of use of the facility, particularly with the noise and starting hours of work on the site.

Hopefully the owners or company using the site have rectified the situation in a timely manner.

“I hope to make it up there to discuss the outcome with residents before Christmas, it’s certainly a priority.”

The deadline for completing the recommended steps in the enforcement action by the council passed on Wednesday, December 9.