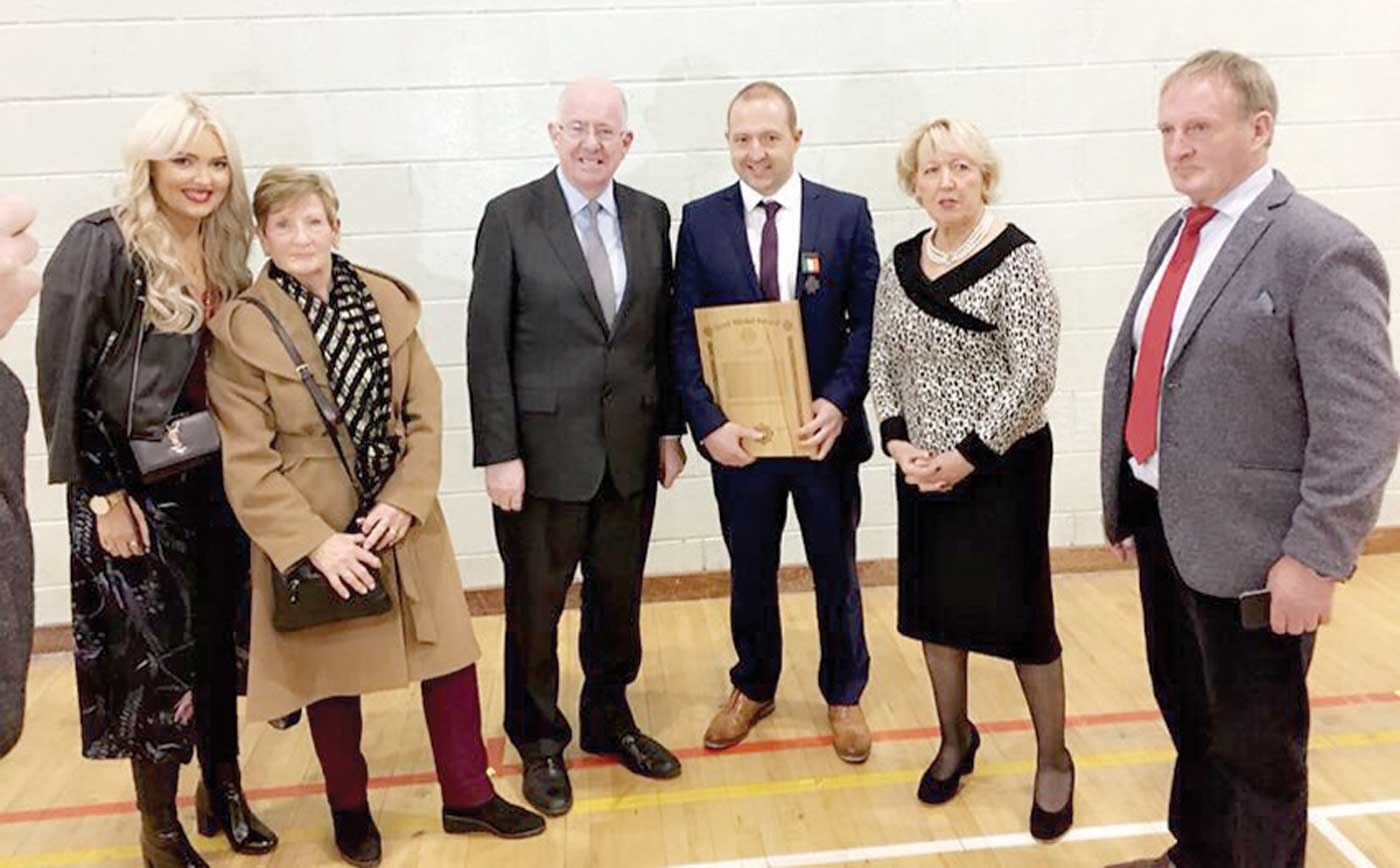 CLONDALKIN detective David Brennan was honoured for his bravery in foiling an armed robbery while off duty, reports Maurice Garvey.

As reported in The Echo last week, Detective Brennan was out for a drink with his father Dessie, a retired garda, in Jacob’s Bar in Saggart in July 2013, when a resident came in to report a robbery taking place in a bookmakers next door.

The pair rushed to the scene as two thugs, one wielding a gun, were about to escape on a motorbike.

David delivered a well-timed kung-fu kick to armed pillion passenger, sending him flying to the ground, whilst Dessie followed up with a shoulder charge, forcing the revolver from his hands.

Justice Minister Charlie Flanagan awarded Detective Brennan with the Scott Medal at the Garda Training College in Templemore on Friday.

Still stationed in Clondalkin, David’s uncle Kieran, who is Dessie’s brother, was a previous recipient of the Garda Scott Medal.