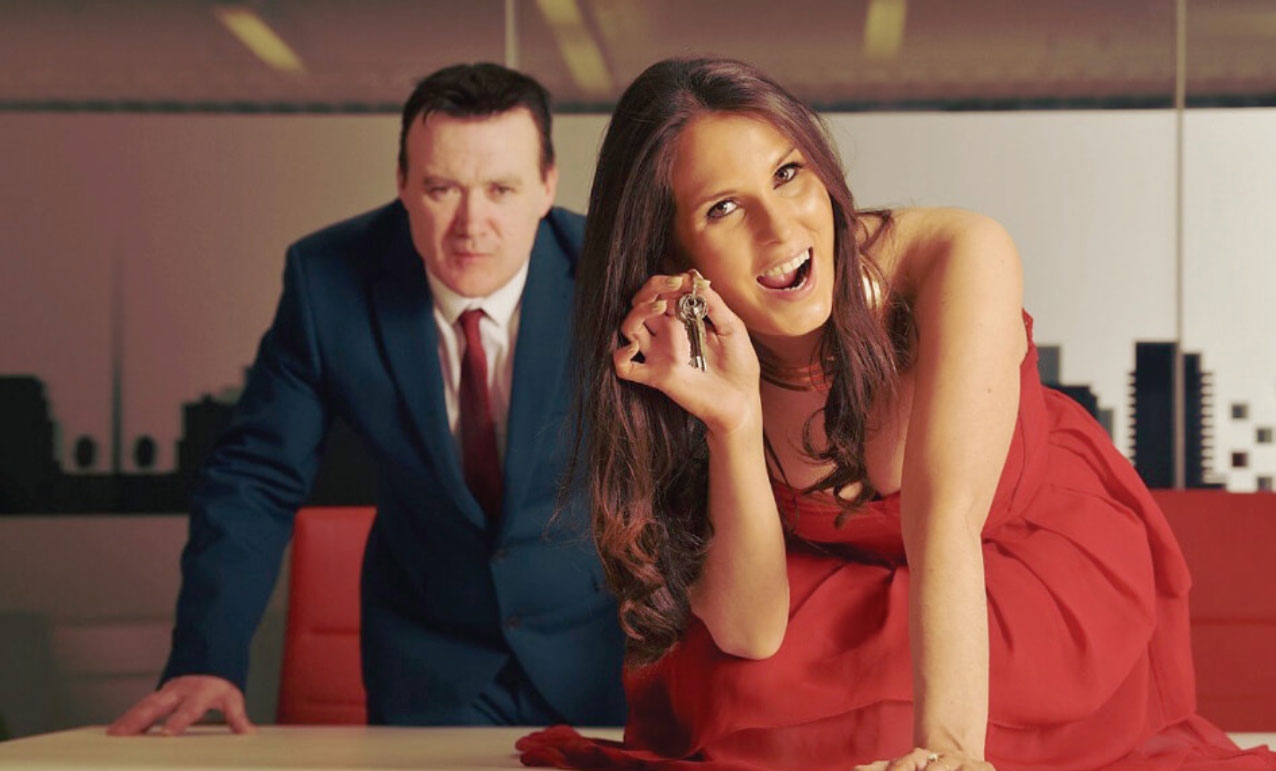 WITH 30 years of experience in the property market, Ballyfermot’s own Gerard Daly has written and starred in a new comedy movie parodying rogue landlords, ‘Landlords Gone Bad, The Movie’.

The housing crisis, bolstered by a select number of landlords acting improperly, is currently on the tips of the nation’s tongues. This month, for instance, Green Party councillors found that 69 per cent of inspected properties failed to meet national standards. There are also many landlords facing jail-time and fines due to property overcrowding.

‘Landlords Gone Bad’, which premiered recently at the Irish Film Institute in Temple Bar, attempts to give viewers a humorous insight into the sometimes chaotic nature of property management in Dublin.

Gerard Daly revealed that he has plenty of ‘crazy’ stories from his experiences in the rental market and that the main character, Stanley Meltdown, who Daly plays, is heavily inspired by his past exploits.

“The two women known infamously as the Scissor Sisters for murdering a man; they used to sit outside the house I took care of in Ballybough.

“I have accumulated over twenty-five years of experience in the rental market in Ireland, from being involved in property. I have seen it all but my passion has always been writing songs, poems, stories, singing, acting in plays and now in film.”

Dani Masterson plays the highly emotional character Ann Murphy and told The Echo that she is delighted to take part in such a unique comedy project, the kind she feels is much needed in Irish TV.

“With a cast full of larger than life characters, it will certainly give you a belly laugh. Although the title suggests all the landlords are bad, some of the tenants are worse.

“I love that it is a comedy. I think RTE are definitely trying to embrace comedy more. Lenny Abrahamson recently described Irish production as “depressing” and “mediocre” television drama which I would agree with.

“I think a lot of writers, directors and even actors are a bit fearful of comedy. You either nail it or fall flat on your face. I admire writers like Gerard Daly who go for it and don’t hold back”.

Having previously worked with Daly on a number of productions before, Masterson says, the chemistry was high, describing the atmosphere on-set as being a ‘great buzz’,

“Ger is great on set – he always throws himself into it. We ran lines together to warm up and had a bit of craic before we started shooting. During shooting we had such a laugh,” she said.

Masterton tells us that Daly and his co-creators, production company CB Media, have big plans for the movie. “I personally would love if it followed in the steps of The Young Offenders and became a TV show,” she noted, adding that a TV series adaptation is to be pitched to RTE.

“The script certainly highlights the problems we have with some landlords in Dublin today. I’m sure everyone knows someone who can relate to similar stories,” Masterson explained. “Most of the stories we hear in the news are negative. It is a nightmare but you do have to laugh or cry; Gerard Daly chose laughter.”