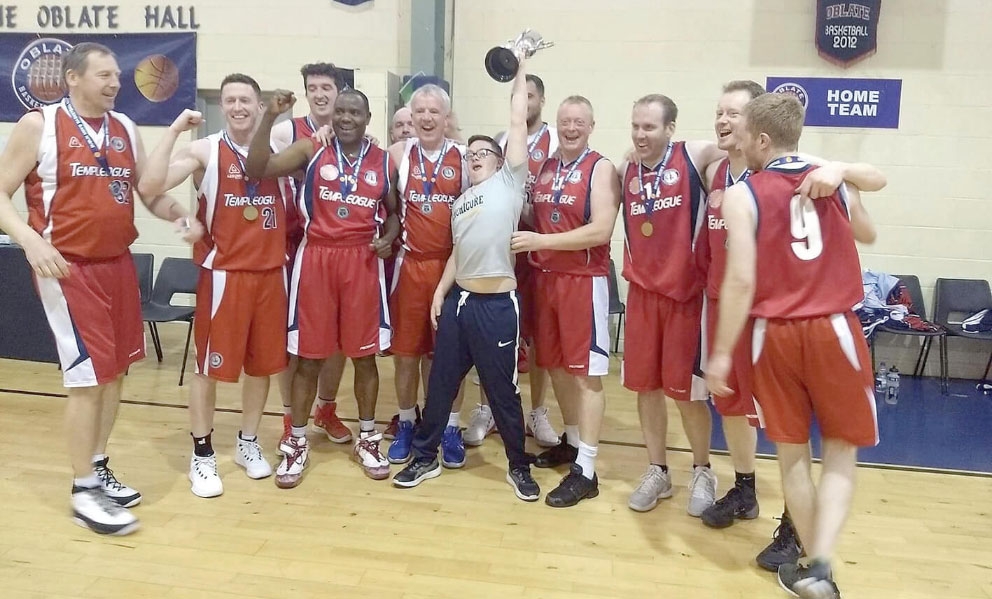 Eddie Guilmartin’s side appeared to be dead and buried at the half time break, trailing by 26 points to a team that had already beaten them three times this season.

Heavy scoring from Mantas Juskevicius and Juirblis left Templeogue with a mountain to climb by the recess, but they set about scaling it.

Initially just looking to put some respectability on the scoreboard, the Reds had their opponents on the backfoot and two free throws by Shane McGrath hauled them back on to level terms before Aidan Maughan went to the line after he was fouled and planted the winner with just three seconds left.

It was a tremendous performance by the team for whom David Smith emerged their top scorer on 14 points with Craig Jago making his physical presence very much felt on the court.

“We had a good rotation of players and so had more energy in the second half and we took our scores,” explained Templeogue Coach Guilmartin.

“We stayed calm and were really good defensively. We just started to believe. There was no pressure on us and we managed to win it. We were stunned, they were stunned. It was just amazing.”

On another not, Templeogue Under 18s men’s team completed a superb treble after they beat Ongar to secure the Dublin League title.

This followed up on the National Cup Final triumph over then holders Neptune back in January and the raising of the Dublin Cup after they saw off Dublin Lions in the decider.