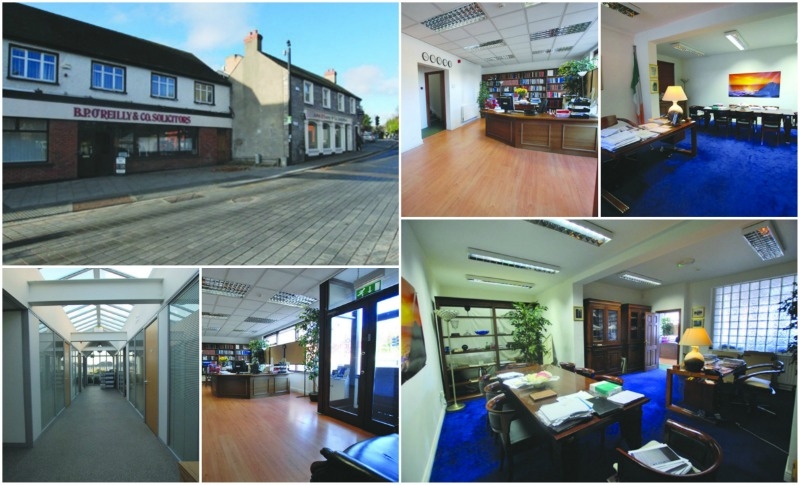 Landmark property of the late B. P. O’Reilly goes up for sale

THE LANDMARK premises in Tallaght village of the late solicitor, Brian O’Reilly, has gone on the market.

Mr O’Reilly went missing last May and his body was recovered by teams from Doolin Coast Guard at the Cliffs of Moher, south of Doolin Point, Co Clare, on May 20 last.

Brian O’Reilly, who was aged in his 60s, established the firm of BP O’Reilly and Co. Solicitors in Tallaght village in 1979 and was well known to the wider public for his work as a legal expert on radio station Newstalk where he answered listeners’ legal queries.

This week, Ray Cooke Auctioneers put Coric House on the Old Bawn Road on the market at a price of €650,000.The building has operated as a solicitor’s firm since 1989, but will be sold with vacant possession.

It underwent major works in 2003 when the original two-storey building was substantially extended with two retail units on ground floor and first floor offices above to create a very large building overall at approx. 568 sq m (6,106 sq ft).

The property can be further extended to add a third floor if needed, subject to relevant planning permission.

The property itself has two parts – the Old Building and the New Building. The Old Building consists of large reception area, two meeting rooms, boardroom, WC and storage area.

Upstairs has three offices, kitchen and two WCs. Upstairs leads out to the New Building’s first floor which consists of a large space with a high glass pitched ceiling, divided into seven offices, IT room and rear stairwell.

On the ground floor there are two retail units that look onto the Courthouse carpark.

Auctioneer Ray Cooke told The Echo that there has been a good amount of interest in the property.

He said: “We have had a number of enquiries. It has only been on the market for a week and it is a landmark property with a prominent location, so we expect a good amount of interest.”