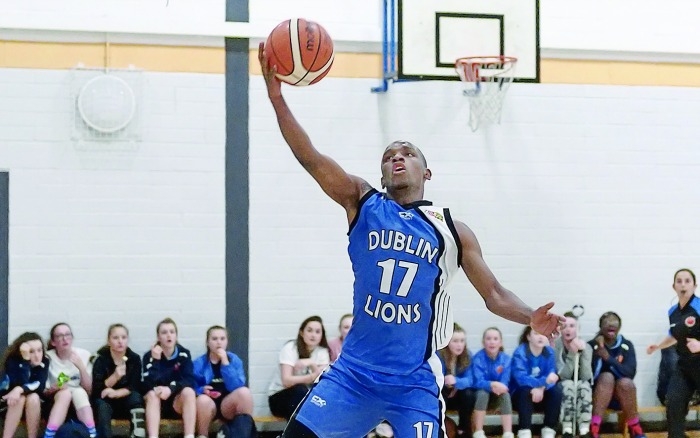 DUBLIN Lions’ Men’s National League Division One outfit are hoping it will be a case of third time lucky when they face off against EJ Sligo All-Stars in their first match back on Saturday, January 14.

Peter Duignan’s side have struggled somewhat in the North Conference, registering only two wins from the nine games they have played so far.

And having already lost to Sligo in both league and cup competition this season, the Clondalkin outfit will be hoping to turn the table on their Connacht rivals and begin climbing up from their current second-from-bottom standing.

“The team has played an awful lot of games that they’ll lost but have been very competitive in” said Dublin Lions’ Rob White.

“It has been a learning curve, but hopefully the experience the players have gained will help see them put things together” he added.

Forwards Hillary Netsiyanwa and Chris McNairney have been performing well for the Lions and Duignan will be looking for another big game from them next weekend.

Sligo are sitting third in the Conference having chalked up five wins from their opening nine games, although nine points separate them from the top two Maree and Ulster University Elks.

On another note, Dublin Lions’ Under 17s Men’s team can look forward to an outing in the Dublin Cup decider against Ongar Chase-rs in the Oblate hall later this season.

Victor-ies over Temple-ogue in the last eight and KUBS in the semis have kept the team on track for a possible league and cup double this year.

The club’s Under 12 boys are currently second in their respective table- their loss to leaders Templeogue marking only their first defeat in two years.

Meanwhile the Lions Under 11s are unbeaten while the club boasts three players on the Dublin Under 16 panel in Sean Langan, Lyle Kridichart and Tawwab Owolabi with Okoko Ogbe featuring on the Irish Under 15 Development squad and Christian Healy in the Under 20 line-up.