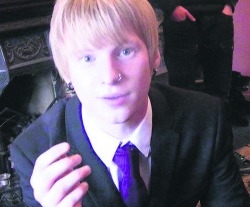 Carol Cosgrove buried her young son Daniel Dempsey last September, after his body was tragically found by a passer-by along a stretch of canal between Clondalkin and Lucan.

At the time of her son’s death, Carol bravely spoke to The Echo about Daniel’s suicide and his struggle with depression – and appealed to other young people not to view suicide as an option or remedy to their problems.
Over the past three months, Carol, who lives in Kilmahuddrick in Clondalkin, went seeking support for herself but found it “very difficult” to find a support group specifically for parents who have lost a child to suicide – so, she decided to set one up.
Carol told The Echo: “When Daniel took his own life I went looking for a support group that was for parents who had lost a child to suicide and I couldn’t find one.