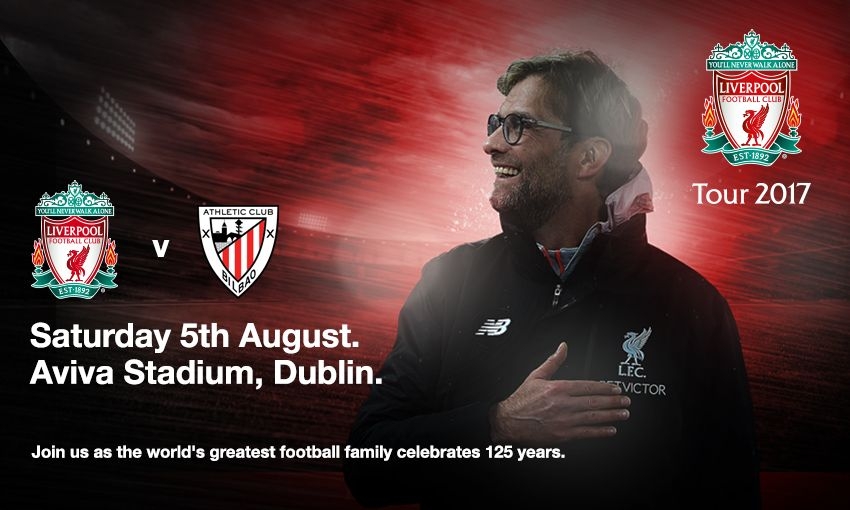 Liverpool FC to play pre-season friendly in Dublin this summer

Liverpool will travel to Dublin for a pre-season friendly against Spanish side Athletic Bilbao on August 5 at the Aviva Stadium.

The announcement comes just days after Manchester United announced they would be playing Sampdoria on August 2 in Dublin at the same venue.

We’re heading to the @AVIVAStadium in Dublin to face @AthleticClub this summer! ??

The Reds’ pre-season game against Bilbao will kick-off at 5.15pm.

LFC ambassador Ian Rush, who scored the goal against Athletic last time the clubs met in 1983, said: “We always get such an amazing reception in Dublin.

“Even though this is a friendly game, I’m sure our incredible Irish supporters will make the atmosphere just as good when we meet Athletic Club this time around.”

Ticket pre-sales will begin at 11am on Wednesday May 31 until midnight on Thursday June 1.

Tickets will be on general sale from 11am on Friday June 2.