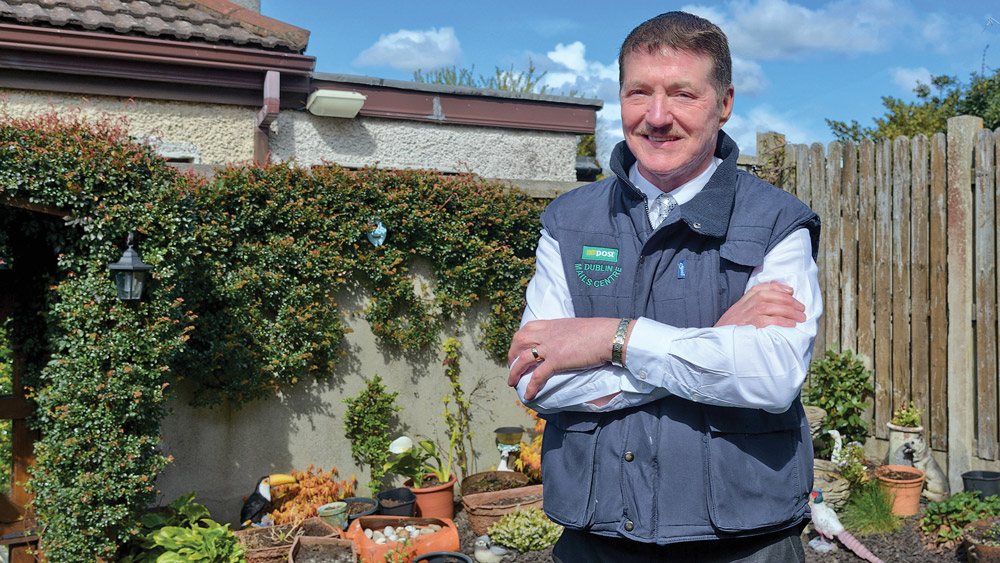 Eamonn says that if you play an Irish instrument, it’s your passport to the world, because there’s an Irish community in every part of the world and they love to see Irish musicians perform

EAMONN Walsh has balanced his full-time job working nights as a sorter in An Post alongside performing as a skilled uilleann piper – for which he has won numerous awards – for the past 42 years.

A resident of St Maelruain’s Park in Tallaght, 68-year-old Eamonn has performed at official functions at Áras an Uachtaráin and for numerous Government departments, and has toured the world as a piper.

The beginning of his career as a decorated uilleann piper began in 1985, when he was crowned an All Ireland Champion piper, before becoming a World Champion in 2006 and amassing a number of awards in the intervening years.

Eamonn has performed on ‘The Late Late Show’ on a number of occasions over his many decades as a piper – such was his impact that he was personally requested to perform at Gay Byrne’s burial in 2019.

However, Eamonn’s passion for uilleann piping began at age 26, when he was transfixed by a performance by Planxty’s uilleann piper Liam O’Flynn in the Olympia Theatre.

“I went to see Planxty in the Olympia, and when I heard Liam O’Flynn playing a couple of tunes, I was fascinated with the pipes and the sound they created,” Eamonn remembered.

He spoke to Liam after the show to find out more about the instrument, and he then went on to grapple with the usual trial-and-error process that musicians go through when they begin piping.

“You start off with the bellows, the bag and the chanter,” Eamonn said. “Then you add on the longer things, like the drones and the regulator – they’re added as accompaniments. 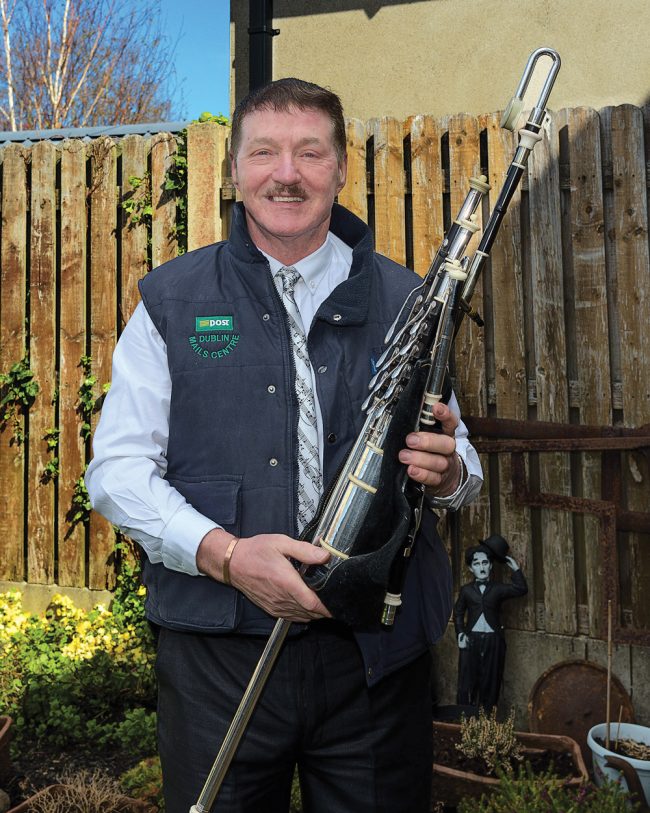 “It takes about a month to get used to the pipes, and the balance between the bellows and the air pressure.

“You get a lot of squeaks and squawks when you start, but it’s like anything else – you won’t learn how to do it in the first lesson.

“I think I mastered it within the first week, because I was fascinated by the pipes so I kept practicing.

“The uilleann pipes are like a mini orchestra, with the bellows, the blow pipe, the chanter and the drones.”

After developing his skills as a piper under the tutelage of Liam O’Flynn, and receiving recognition on the world stage, Eamonn decided he wanted to use music as a vehicle for peace and cross-community collaboration among young people in the Republic and Northern Ireland.

In this vein, he founded the Irish Cross-Border Music, Sports and Arts Peace Project in 1999, a week-long initiative for which he received letters of support from Bill Clinton, the Dalai Lama and Yasser Arafat, among many others across the political spectrum.

The project brought people from across the island of Ireland together for a week to engage in music, sports and arts pursuits.

“The project was organised following the Omagh bombing, and we contacted world leaders and got hundreds of letters of support from them,” he said. 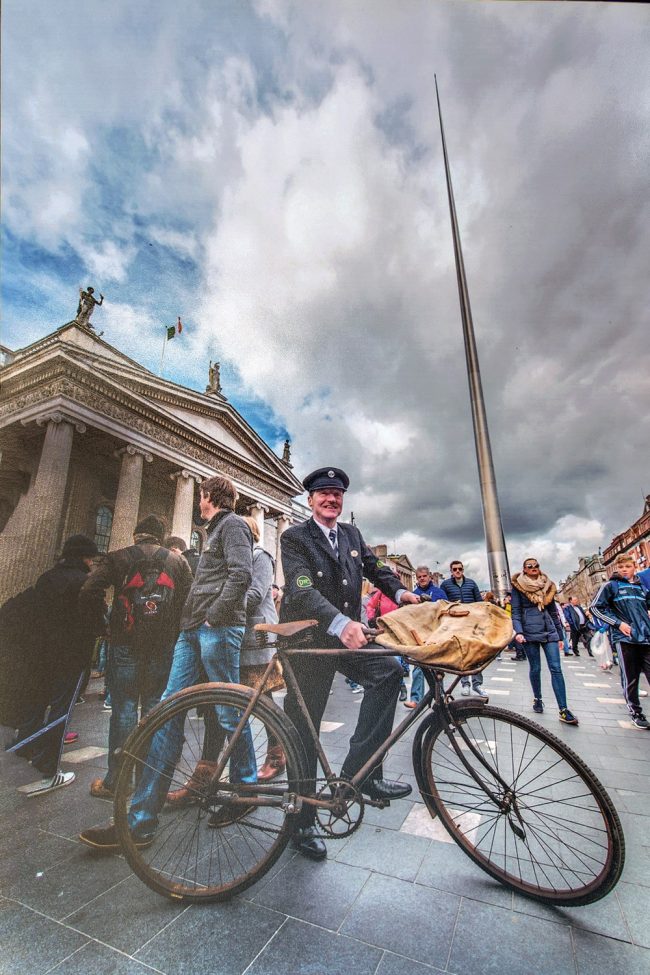 “It was a fantastic week. There was huge support for it.”

Another mainstay of Eamonn’s life has been his more than four-decades-long career in An Post, which is a point of pride for the dedicated worker.

He began the first year of his career as a postman in the city centre in 1979, before going on to work nights as a postal sorter in various An Post parcel hubs for the last 41 years.

Back in 2016, as part of the Easter Rising Centenary celebrations, Eamonn donned an old Post and Telegraphs uniform and cycled around Stephen’s Green on an old postman’s bike, with the historic items dating back to the 1920s.

However, Eamonn will be sorting through parcels for the last time next month, when he will retire from the role that saw him fulfil his role as an essential worker during the pandemic, and which he happily dedicated the majority of his working life to. 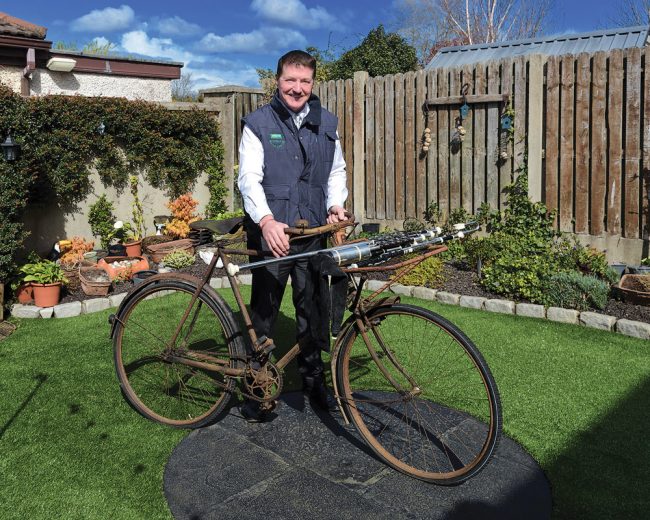 World champion Eamonn’s passion for uilleann piping began at age 26, when he was transfixed by a performance by Planxty’s uilleann piper Liam O’Flynn in the Olympia Theatre.

A married father-of-two, Eamonn is looking forward to spending more time with his family when he retires – and he’s hoping to record and release a CD of his performances with his newfound free time.

“My big ambition is to make a CD that’s a combination of Irish and classical pieces,” he said, “and pick up pieces by other pipers and make them my own.”

When asked about his most thrilling experiences as a musician, Eamonn said the fact that playing the uilleann pipes has provided him with the opportunity to travel all over the world has been very rewarding.

“I loved playing in Hong Kong,” he said. “We also did a show in Japan on that tour. It was great to be playing to a different audience. 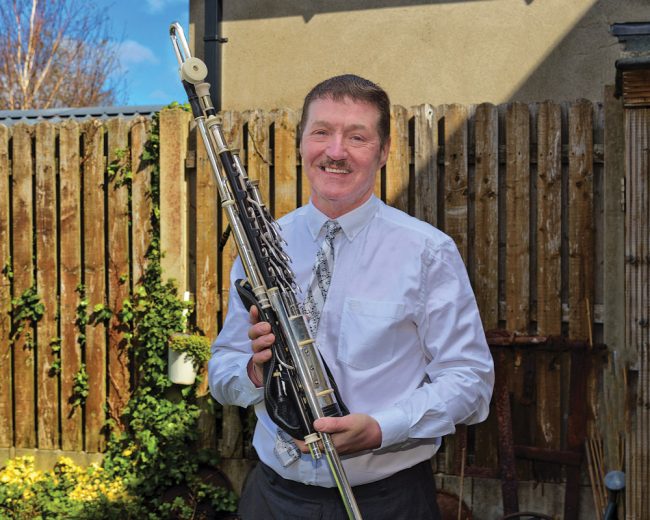 “I’ve always said that if you play an Irish instrument, it’s your passport to the world, because there’s an Irish community in every part of the world and they love to see Irish musicians perform.”