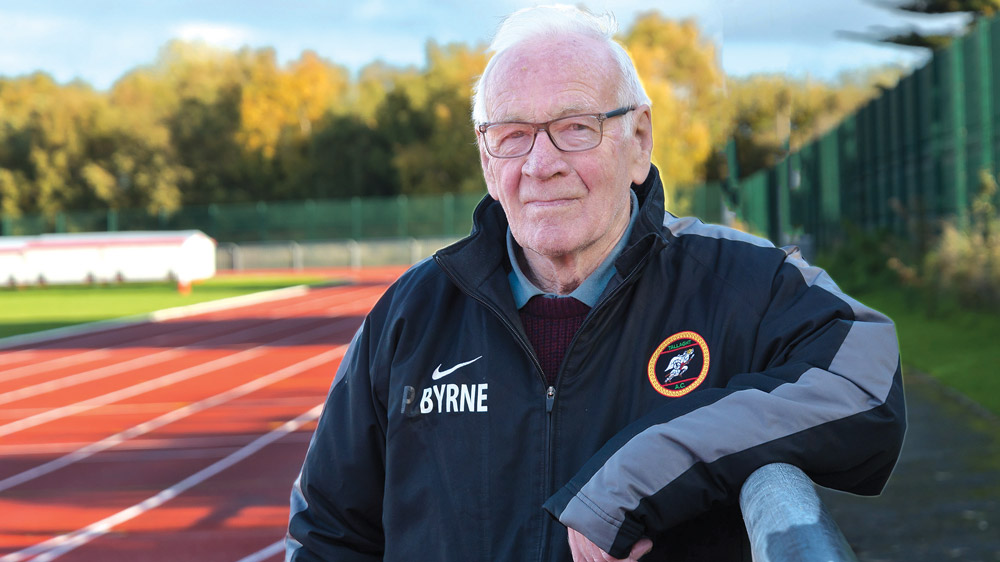 TONY Byrne’s involvement in sport began when he was a child growing up in Rialto, when he played for Rialto Football Club.

This enjoyment of sport was passed down to his children, Carol, Joanne, Sean and Paul, when they were growing up, leading to Tony’s longstanding involvement in athletics.

After Tony married his wife, Brigid, in 1960, the young couple moved to Long Lane, just off Clanbrassil Street, and started a family.

Their eldest child, Carol, became a sprinter for a club called St Kevin’s on Harrington Street and competed in the Community Games.

The Community Games saw athletes from all over the country compete against each other and were so popular that, by the 1980s, the event was held across two weekends.

Tony was introduced to the Community Games through his daughter, and when the family moved to Kilnamanagh in 1978, Carol continued to be a sprinter and joined a club in Crumlin.

“She joined a club called the Dublin Striders in Sundrive, and I went up to see her there, and they roped me into helping,” Tony, who recently turned 85, told The Echo.

This marked the start of the father-of-four’s continuous involvement in athletics, and it also helped him to feel more settled in Kilnamanagh – which he said is now unrecognisable compared to when he moved there.

“We were out in the wilds,” he laughed. “It was undeveloped, it was just house after house, and people trying to find their way. There were a lot of young families.

“It took the wife two or three years to settle here but it only took me a couple of months.” 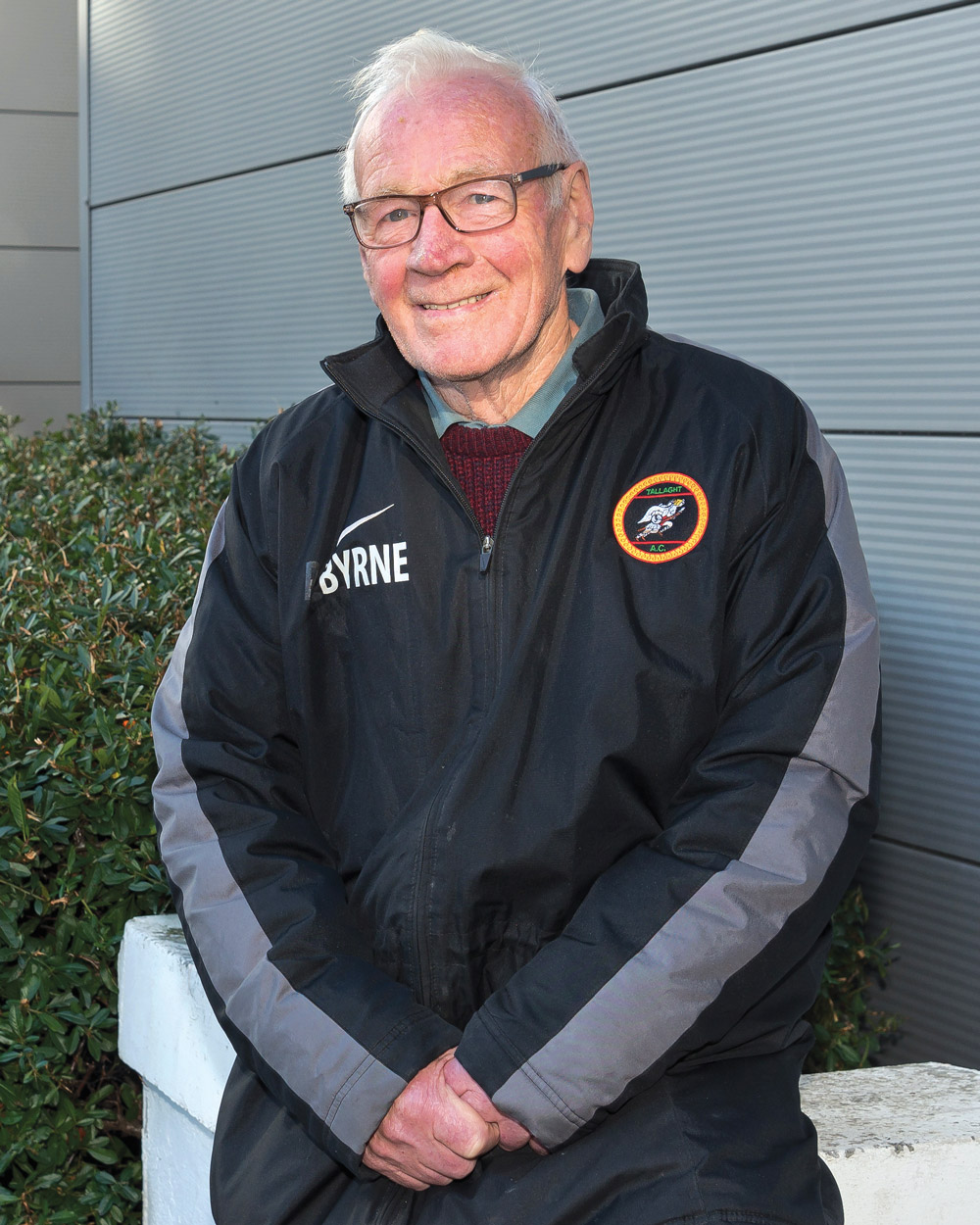 Tony Byrne’s love for athletics started in Rialto where he grew up. Now 85 years-old he has been coaching for the past 51 years, much of that time in Tallaght Athletics Club

Shortly after the couple moved in, two men who went around the area collecting for the Kilnamanagh Family Resource Centre encouraged Tony to get involved in the Community Games locally.

“I got heavily involved in the Community Games and my other daughter, Joanne, joined in as a sprinter,” explained Tony.

During this time, Tony began coaching athletes, and this later piqued the interest of Kevin O’Reilly, who was the chairperson of a local athletics club called Cuchulainn AC.

At that time, Cuchulainn AC had amalgamated with another club in Tallaght, called Oisin AC, and this was the genesis of what would go on to be Tallaght AC.

“Kevin had a chat with me and asked would I consider joining the club,” said Tony. “I thought about it, and then I said yes.

“There were people helping me in the other club, but this was a bigger club – I felt like I could have more of an impact, and you could get far better help for a bigger club.

“The aim was for us to get our own clubrooms and our own running track, and Kevin was very forward-thinking.

“We wanted to make Tallaght AC one of the best clubs in the country.” 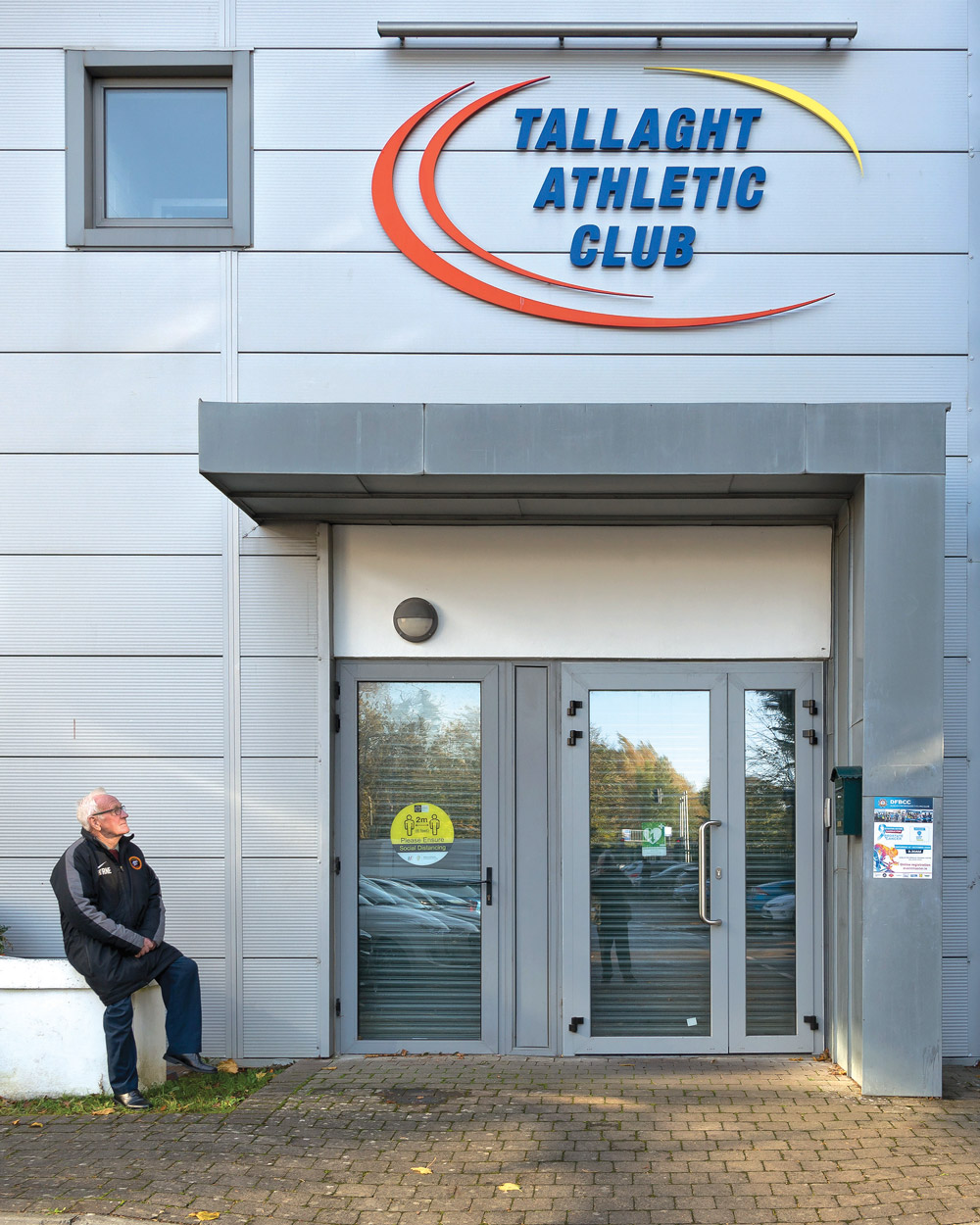 The club was originally based near Tymon North, and Tony praised the efforts of the team of people behind the founding of the club and their determination to make it a leading athletics club.

These people included Johnnie Fox, Gary Clarke, Cecil Johnson, and Ray Fitzsimons, who were instrumental in the growth and development of the club from the early days.

“The facilities were very basic,” he said. “We went to the county manager, a man called Dan O’Sullivan, and he asked if we would like a green space with road frontage on the Greenhills Road.

“Then we got a government grant to build our own clubrooms there, and we were asked if we would let EP Mooney build a gym there, then he’d build the clubhouse for us and we’d get our track.”

This occurred in the early 2000s, and since then Tallaght Athletics Club has gone from strength to strength, having trained champion athletes including Rhasidat Adeleke and Israel Olatunde.

Tony enjoys seeing the success of the athletes from the club, and witnessing their progress is a key motivation for him as a coach, which he continues to do twice a week for Tallaght AC. 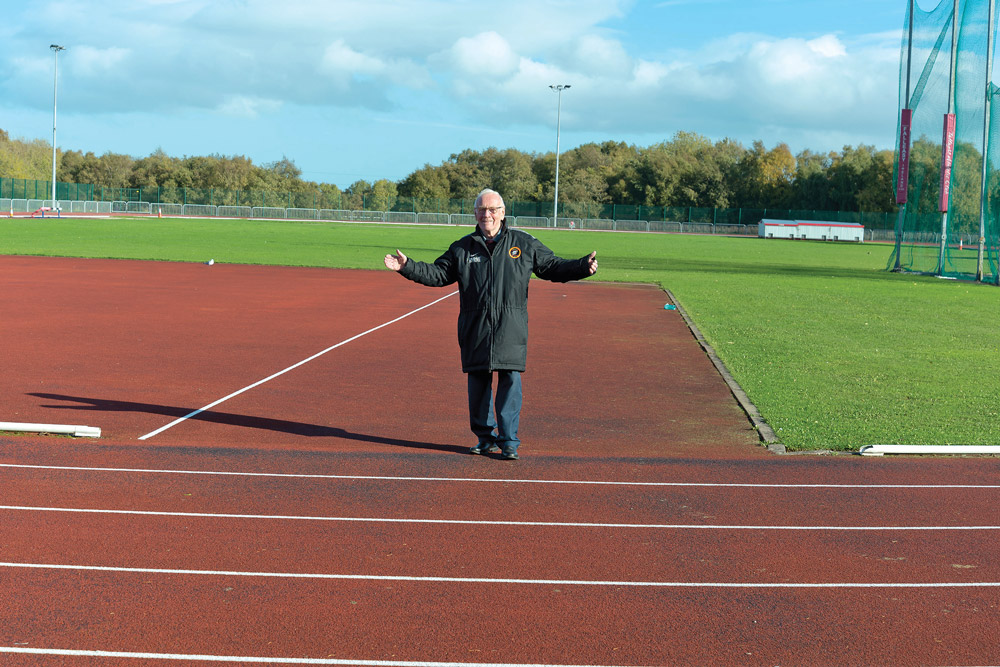 Tony says of athletics: It’s just a part of my life now. It’s just something I do every Tuesday and Thursday

“When the kids win medals and they improve…it’s always satisfying to see athletes stepping up,” he said.

“I have athletes who I’ve trained who are now coaches, and that’s a source of satisfaction for me, because it feels like they’re carrying on a tradition.

“I see the way the kids turn out, and some of them are very good – we’ve had some terrific kids.”

While Tony’s daughters are no longer involved in athletics, he is content to continue to coach nascent athletes and said it feels like a comfortable routine for him after 51 years of coaching.

“It’s just a part of my life now,” he said. “It’s just something I do every Tuesday and Thursday.”