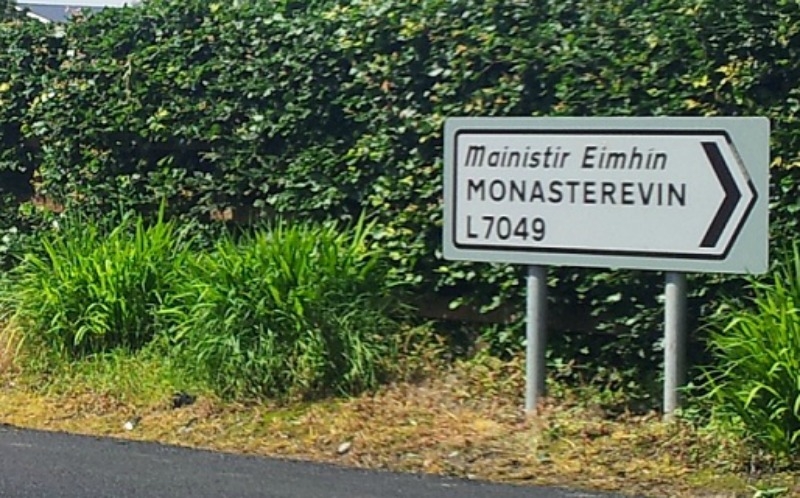 Local man accused by mob won’t go back to Monasterevin

THE innocent South Dublin County man falsely accused of being a sex offender in a Kildare town this week, has no plans to go back to the area after his harrowing ordeal.

David A Murray was in Monasterevin recently looking at potential homes to buy, when a mob gathered outside a shop at 7.30pm and accused him of being convicted child abuser Anthony Luckwill.

Prior to this, rumours began circulating on website Kildare Now, which cited online reports that Luckwill was in the town.

The article was also published on Facebook, and a reader uploaded a photo of Mr Murray, which had been taken in a local pub, claiming that he was Luckwill.

Mr Murray was confronted whilst sitting outside the local Supervalu and was force to seek refuge in a local pub before gardai arrived to escort him to safety.

“A garda spokesman said that whoever posted the photo should be ashamed of themselves,” said Mr Murray, who has taken sick leave from work due to his traumatic experience.

The group of approximately six people shouted vile accusations at Mr Murray on the street, and encouraged passers-by to join in.

Mr Murray made his way to Finlays pub to call gardai, and while there, he says the ringleader came in to take pictures of him.

He continued: “I wasn’t scared, I knew I was innocent, but the mob mentality is based on falsified evidence. I told them who I was, but they weren’t interested. I didn’t feel any of them had the courage to confront me. They were cowards.”

Gardai arrived at the pub 40 minutes later but by that stage the crowd outside had increased to roughly 30 people.

“I’m assuming that was down to social media,” said Mr Murray.

“The only reason gardai were called was to protect me. At no point did anyone accusing me think they were wrong. Anyone who shared anything online facilitated vigilante action against me.”

The Echo understands that one picture of Luckwill bears a “superficial resemblance” to Mr Murray, but the incident highlights the dangers of social media with regard to false scaremongering.

Mr Murray has been to the Kildare town “seven or eight times since April” in an effort to find an “apartment or house”, but says he did not recognise anyone in the mob.

“I want to move because of serious anti-social problems where I am currently living,” he said.

“This kind of thing can do serious damage to Monasterevin. At the moment I am trying to figure out what to do. I have been to the GP for high blood pressure, and I’m off work until I figure this out.”