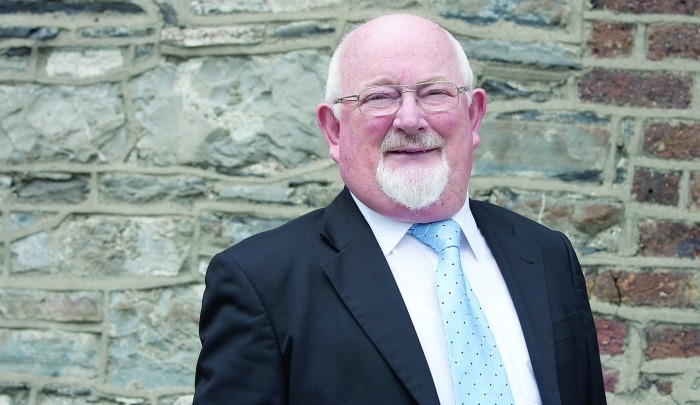 THE MAYOR of South Dublin, Cllr Guss O’Connell has called for the Local Property Tax to be reviewed. This follows a motion proposed by Cllr O’Connell and passed this months meeting of South Dublin County Council.

County Mayor Guss O’Connell, speaking exclusively this week to The Echo said: “Incredibly, my motion calling for a review of the Local Property Tax system at the October Monthly meeting of South Dublin County Council, resulted in 14 councillors in support, with 3 against and 13 abstentions.”

The Palmerstown resident said that he had brought forward the motion as a local contribution to the UN Day on the Eradication of Poverty.

He explained that he had attended two local events that day aimed at highlighting the fight against Poverty.

One in An Cosán emphasising the role of Education and the other in Rua Red where the County Civil Rights Platform focused on Community Action.

He said:”My motion focused on the unjust and unfair Local Property Tax which if left in its present form is a time-bomb ready to explode when the next house valuation review takes place, scheduled for 2020”.

In his motion he stated, that “this council is concerned at the need for sustainable funding for local government services and being dissatisfied with the unfair and unworkable elements of the current Local Property Tax, calls on the Minister for Housing, Planning and Local Government and the Minister for Finance to amend the relevant legislation so as to provide for a system of funding for Local Government that is based on the provision of local services; on site value not property value; that is linked on ability to pay; that is linked to general taxation; and, that enables Local Authorities to engage with their citizens in setting service levels, in determining budgets and in levying charges for services.”

Councillor O’Connell, told The Echo that he was also prompted to put down the motion arising from the recent debate on increasing or decreasing the Local Property Tax ( LPT) for 2017.

He added: “Clearly, the council needs more funds if it is to deliver the level of services and facilities people demand. The LPT, as currently constituted is fundamentally unfair and will never meet that criteria. It is not a ‘Local Tax’ as it replaces central funds.”